Since fertilization does not occur, implantation of the blastocyst is not possible.

Given below are four methods (A-D) and their modes of action (a-d) in achieving contraception. Select their correct matching from the four options that follow: [2008]

A. The pill — Prevents ovulation (c)
The contraceptive pills contain the hormones which prevent the process of ovulation.

C. Vasectomy — Semen contains no   sperms (d)
The process of vasectomy leads to the cutting, sealing or ligating of the vas deferens in males. This causes the release of the semen without the sperms.

D. Copper-T — Prevent implantation (b)
Copper T is an intrauterine device which releases copper ions in the uterine cavity and prevents fertilisation and implantation.

Thus, the correct answer is option A.

Consider the statements given below regarding contraception and answer as directed thereafter:
(i) Medical Termination of Pregnancy (MTP) during the first trimester is generally safe.
(ii) Generally chances of conception are nil until the mother breast-feeds the infant up to two years.
(iii) Intrauterine devices like copper-T are effective contraceptives.
(iv) Contraception pills may be taken up to one week after coitus to prevent conception.

Which two of the above statements are CORRECT? [2008]

► Medical termination of pregnancy (MTP) or abortion is a type of non-surgical abortion in which pharmaceutical drugs are used to induce abortion. An oral preparation for medical abortion is commonly referred to as an abortion pill. Medication abortion regimens can be safely and effectively used throughout the first 49 days of pregnancy.

► The copper IUD is the most effective form of emergency contraception. Copper IUDs actually prevent fertilization by reducing the number and viability of sperm reaching the egg, and by impeding the number and movement of eggs into the uterus.

Which one of the following is the most widely accepted method of contraception in India, as at present? [2011]

At present, the most widely accepted method of contraception in India is IUDs (Intra Uterine Devices).The IUD is inserted in the woman’s uterus through the cervix.

Medical Termination of Pregnancy (MTP) is considered safe up to how many weeks of pregnancy? [2011]

The technique called gamete intrafallopian transfer (GIFT) is recommended for those females: [2011 M]

Gamete Intrafallopian Transfer (GIFT) is recommended for those females who cannot produce an ovum. In this process, the eggs of the donor woman are removed and in a form of a mixture with sperm transferred into the fallopian tube of another woman who cannot produce ovum, but can provide a suitable environment for fertilization.

Thus in GIFT, the site of fertilization is the fallopian tube, not the laboratory. 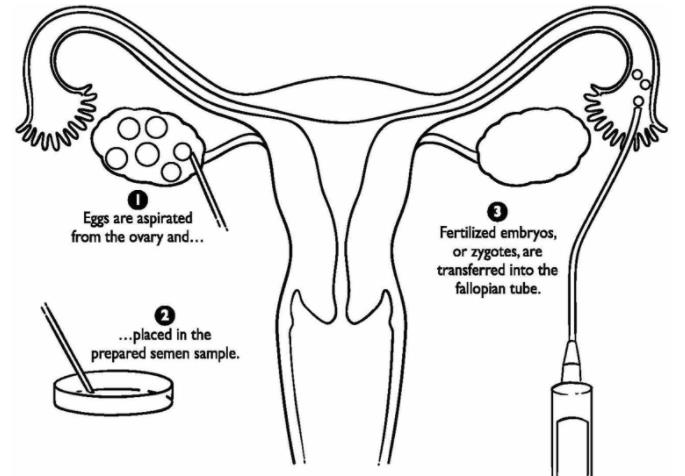 Sequence of hormones during the menstrual cycle is:

In the case of the ovarian cycle, there are three phases: Follicular phase, Ovulation and Luteal phase.

The test-tube Baby Programme employs which one of the following techniques: [2012]

► In this technique fusion of ovum and sperm is done outside the body of a woman to form a zygote which is allowed to divide forming 8 blastomeres, then it is transferred to the fallopian tube of the woman. 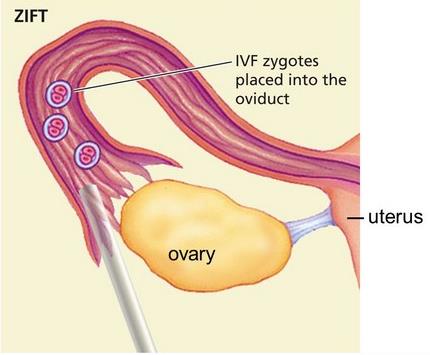 Which of the following CANNOT be detected in a developing foetus by amniocentesis? [NEET 2013]

Jaundice cannot be detected in a developing foetus by amniocentesis, foetal sex determination test based on the chromosomal pattern in the amniotic fluid surrounding the developing embryo. It is now legally banned in India.

One of the legal methods of birth control is: [NEET 2013]

In artificial insemination, donated sperm is inseminated into a woman's uterus through the vagina.
It is suitable in the following conditions:

One of the following is NOT a method of contraception – which one? [NEET Kar. 2013]

► Oxytocin: is a birth hormone and acts on the smooth muscles of our body and stimulates their contraction.
► Vasopressin: acts mainly at the kidney and stimulates resorption of water and electrolytes and reduces loss of water through urine. It is also known as the anti-diuretic hormone (ADH).

Thus, they plays no role in contraception.

Which one of the following statements is CORRECT regarding Sexually Transmitted Diseases (STD)? [NEET Kar. 2013]

1. The chances of a 5 year boy contacting a STD are very little is the correct answer.

2. Syphilis is caused by bacterium Treponema pallidum. It is a sexually transmitted disease (STD) which is transmitted through sexual intercourse with an infected person.

3. Haemophilia is an X-linked genetic disorder of blood, It is not transmitted via any sexual practice.

4. Genital herpes is an STD while sickle-cell anaemia is an autosomal hereditary disorder. The chances of a 5 years old boy contacting an STD are very rare since he is unlikely to have sex at this age.

The stage transferred into the uterus after induced fertilization of ova in the laboratory is: [NEET Kar. 2013]

In Intra-Uterine Transfer (IUT) embryo with more than 8-blastomeres stage (morula) is used for transfer into the uterus. 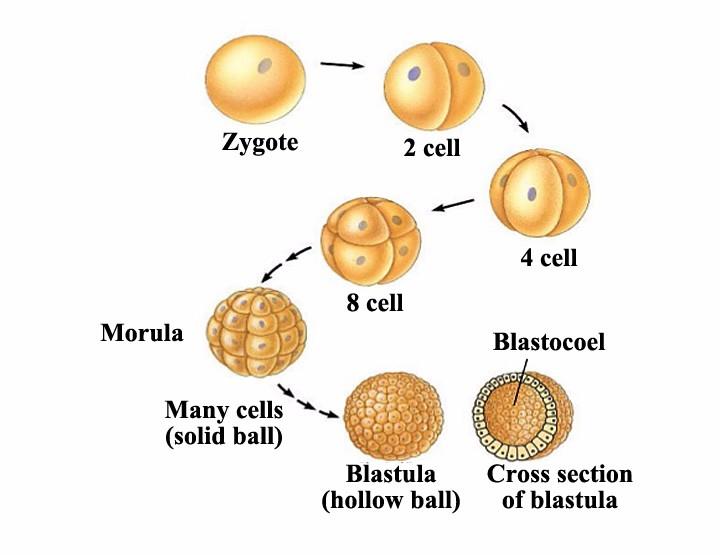