Statements:
All red are blue.
Some blue are yellow.
Some yellow are violet.
No violet is green.
Conclusions:
I. Some red are yellow.
II. No yellow is green.
III. Some blue can be violet. 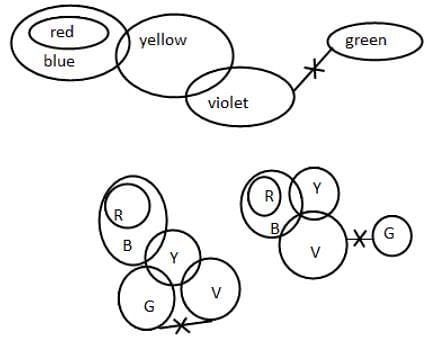 From the above Venn diagrams, it is clear that only conclusion III follows.

Statements:
Some right are left.
No left is west.
All west are south.
Conclusions:
I. No right is west.
II. Some left are west.
III. Some south are not left.
IV. All south are left. 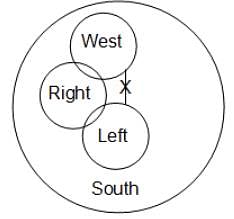 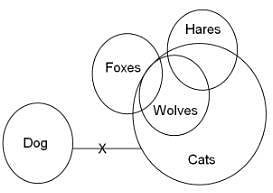 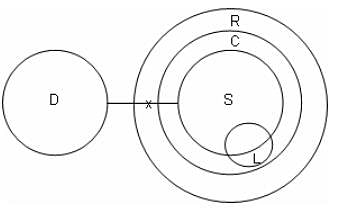 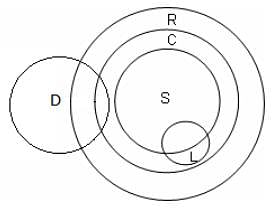 From both fig it is clear that either I or II follow.
As some loans are not savings, all current cannot be loans. Hence, III follows.
As all savings are recurring. IV does not follow.

Statements:
No wet is dry.
No hot is cold.
No cold is damp.
No damp is dry.
Conclusions:
I. No hot is dry.
II. Some cold being wet is a possibility.
III. No damp is wet.
IV. Some hot is dry. 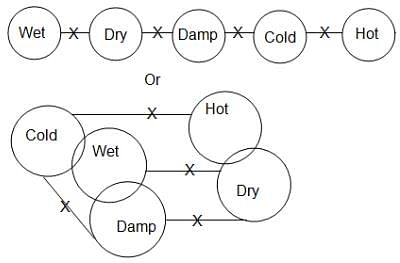 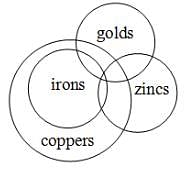 It is clear from the Venn diagram that all conclusions I, II, III and IV follow. 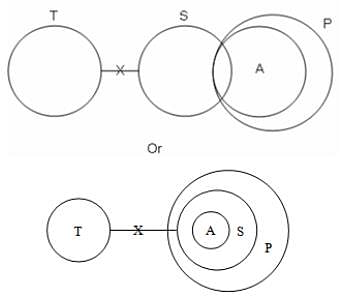 It is clear from the Venn diagrams that only II and IV follow.

Statements:
All buses are trucks.
All trucks are tyres.
No tyres are railways.
Conclusions:
I. All tyres are buses.
II. No truck is railway.
III. Some tyres are not trucks.
IV. No bus is railway. 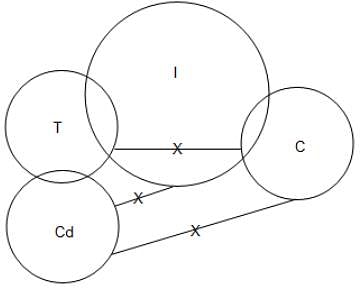 It is clear from the Venn diagrams that all the conclusions are true.

Statements:
All cricketers are footballers.
Some footballers are teachers.
All teachers are athletes.
No athlete is a mathematician. 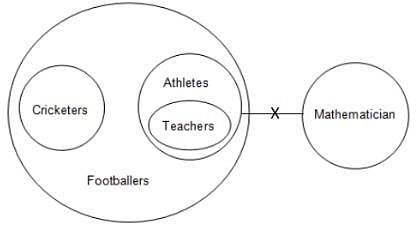 No teacher is a mathematician. Hence, conclusion 2 does not follow.