Identify this great personality who coined the slogan: "Freedom is my birthright and I shall have it" 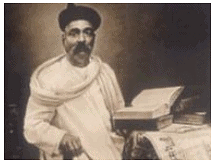 The Partition of Bengal was the decision of separating eastern parts of Bengal from the rest of Bengal.
It was announced on 19 July 1905 by the Viceroy of India, Lord Curzon.
On October 16, 1905, the partition formally came into force.

Unless British control over the resources of India and its people was ended, India could not be for Indians. So the first and foremost task of every Indian was to fight against foreign rule till it was rooted out. The British began to take action. When was the Arms Act (that disallowed Indians from possessing arms) passed?

Lord Lytton passed the Arms Act 1878 that prohibited Indians from carrying weapons of any kind without licenses.

A list of leaders are given below, identify the leader who is NOT considered as a Moderate but a Radical.

Aurobindo Ghose, better known as Sri Aurobindo is known to the entire world as a great scholar, a national leader and a spiritual guru.

He attained his basic as well as higher education from the United Kingdom. His literary excellence had been exemplary and brought him innumerable acclaims.

Kesari is a Marathi newspaper that was founded in 1881 by Lokmanya Bal Gangadhar Tilak, a prominent leader of the Indian Independence movement.

The partition of Bengal was the Britishers' Divide and Rule policy.
The east and west sides were different in religions so it is easy to use by Lord Curzon to divide them.

The Swadeshi movement was launched following the partition of Bengal

It was an economic strategy aimed at removing the British Empire from power and improving economic conditions in India by following the principles of swadeshi which had some success.

The English language is a symbol of the imperial government.
Hence, the swadeshi moment doesn't stress its use. They promoted the use of Indian languages than English.

He is a nationalist from Punjab and one of the leading members of the Radical group which was critical of the politics of petitions. He was also an active member of the Arya Samaj. Identify this great personality who fought for the freedom of India. 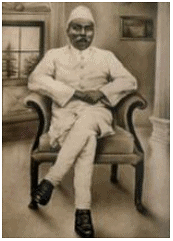