A man is 24 years older than his son. In two years, his age will be twice the age of his son. The present age of the son is : 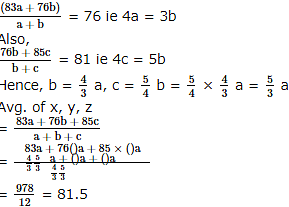 A circular running path is 726 metres in circumference. Two men start from the same point and walk in opposite directions at the speed of 3.75 km. per hour and 4.5 km per hour respectively. Then when will they meet for first chance:

Save
What is the perimeter of the rectangle ABCD when AD = 3, and BD = 5

Save
What is the smallest number that has to be added to 710 so that the sum is a perfect cube?
SSC CPO Mock Test (Quant Apt) 8 - Question 14

Save
A shopkeeper marks his sarees at 20% above the cost price and allows the purchaser a discount of 10% for cash buying. What profit per cent does he make?
SSC CPO Mock Test (Quant Apt) 8 - Question 15

A polygon has 5 diagonals. The polygon is

AB and CD are two straight lines. Transversal EF intersects them as shown in the given figure. If b = c then

Save
The sides of a triangle ABC are 21 metres, 20 metres and 13 metres respectively. The longest side is AB. If a perpendicular CD is drawn from C on AB, then the difference of the area (in sq. metres) of the 2 triangles ACD and BCD will be
SSC CPO Mock Test (Quant Apt) 8 - Question 20

Two villages are 2 km apart.If the angles of depression of these villages when observed from a plane are found to be 45°and 60° respectively,then the height of the plane is

Save
An integer is 10 more than its one-third. The integer is
SSC CPO Mock Test (Quant Apt) 8 - Question 23

A boy,after giving away 80% of his pocket money to one companion and 6% of the remainder to another, has 47 paise left with him. How much pocket money did the boy have in the begining ? 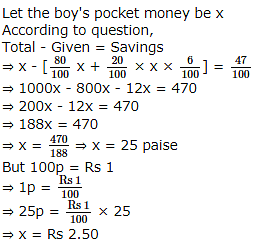 Save
Taps A and B can fill a bucket in 12 minutes and 15 minutes respectively. If both are opened and A is closed after 3 minutes, how much further time would it take for B to fill the bucket?
SSC CPO Mock Test (Quant Apt) 8 - Question 26

Save
What per cent of selling price would be 34% of cost price if gross profit is 26% of the selling price?
SSC CPO Mock Test (Quant Apt) 8 - Question 27

Save
A man reduces his speed a two-third to walk a distance and consequently becomes late by one hour. With his usual speed, he covers the same distance in
SSC CPO Mock Test (Quant Apt) 8 - Question 35

The angle subtended at the centre of a circle of radius 3 m by the arc measuring 1 m is:

The value of cos²θ+sec²θ is always

Into a circular drum of radius 4.2 m and height 3.5 m how many full bags of wheat can be emptied if space required for each wheat bags is 2.1m3.

A cylinder with base radius of 8 cm and height of 2 cm is melted to form a cone of height 6 cm. The radius of the cone will be : 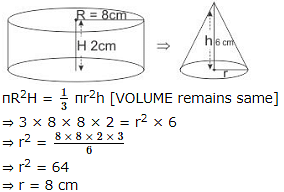 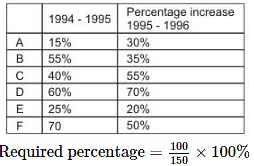 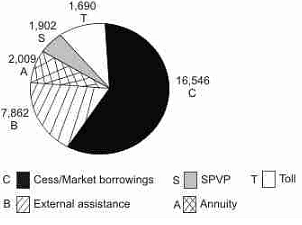 Q. Near about 25% of the funding arrangement is through

Q. The angle of the segment formed at the center of the pie chart, representing Cess/Market borrowings is approximately 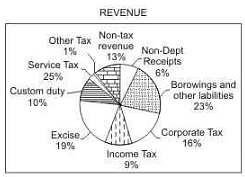 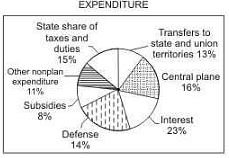 Q. The revenue generated by Custom duty, Income tax and Corporate tax according to the budget for 2004-2005 is.