Match List - I (Method) with List-II (Factors) and select the correct answer using the codes given below the lists:

In the virtual work method of plastic analysis of steel structure, the virtual quantity is

In the virtual work method of plastic analysis of steel structure, the virtual quantity is displacement. 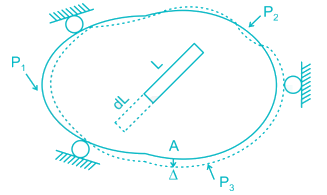 It creates internal load u on representative element. 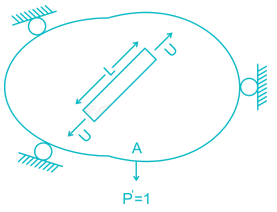 Now remove this load, apply P1, P2, P3 due to which pt. A will be displaced by Δ

u = internal virtual load acting on element in direction of a dL.

The figure below shows the displacement caused by load P at two points 1 and 2 respectively. According to Maxwell reciprocal theorem which option is CORRECT. 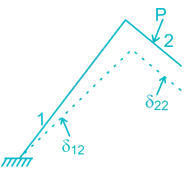 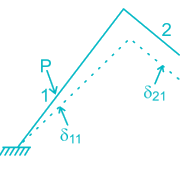 A fixed beam AB is subjected to a triangular load varying from zero at end A to ‘w’ per unit length at end B. The ratio of fixed end moment at B to A will be

The fixed end moment at end A

Find the carry over moment at support B, in the beam shown with internal hinges at C & D:-

The beam has internal hinges at C & D, so the beam can be break down as shown

The correct order of strain energy in the beams:- 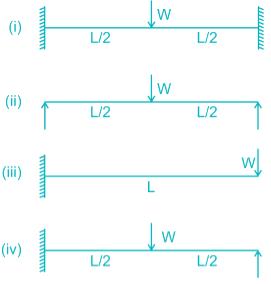 In which beam deflection is higher, strain energy stored will be maximum.

In cantilever, the deflection will be highest.

The deflection of a simply supported beam is higher than propped cantilever as one of the support is fixed.

In a fixed beam, the deflection will be minimum.

The strain energy stored (U) in the cantilever beam shown is –

U will be less than

Find the vertical displacement of joint B if the spring constant k = 1 KN/mm and the rigid beam is loaded as shown below:-

The FBD of the beam will be

Taking moment about A,

So the extension of the spring will be

Find the rotation of joint B if the frame is loaded as shown below: 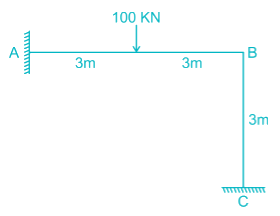 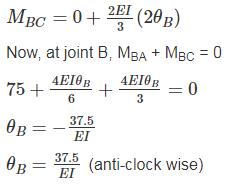 All members of the frame shown below have equal flexural rigidity EI. Calculate the rotation of joint O if moment M is applied? 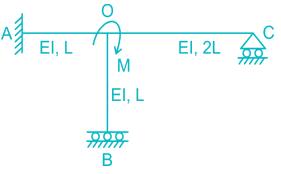 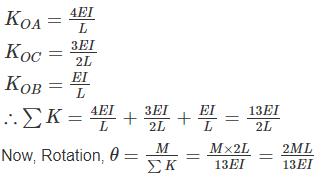