Also, by Newton's law of gravitation, 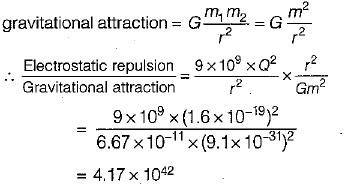 What is the electric field strength at a distance of 200 mm from a charge of 2 x 10-6 Coulomb, in vacuum?

Two point charges of 3 x 10-9 C and -2 x 10-9C are spaced two meters apart. What is the electric field at a point which is one meter from each of the two point charges? Electric potential at origin is given as 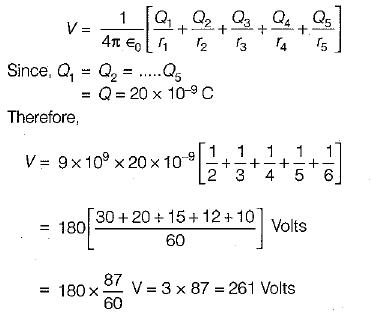 What is the equivalent capacitance of a parallel plate capacitor having two dielectrics, ∈r1 = 1.5 and ∈r2 = 3.5, each comprising one-half the volume as shown in figure below with A = 2 m2 and d = 1 mm?

where, ρs = charge density and

= unit vector normal to the sheet and directed away from the sheet.
Here,

is independent of the distance of the point from the sheet.

Which of the above statements are correct?