Some milk from a container, having 40 litres of milk, is drawn out and replaced with an equal amount of water. This process is repeated two more times and after that, only 20.48 litres of milk is left in the container. What is the amount of solution (in litres) removed in each iteration?

We can use the formula
Quantity left = Quantity present initially *

Solving this equation we can get x = 8 litres
Hence, 8 is the correct answer.

Eight years ago, the ratio of ages of Akhil and Akash was 1:5. 12 years from now, the ratio changes to 7 : 15. Find the sum of the antecedent and the consequent of the ratio of their present ages, when the ratio is in its lowest form.

Let the present ages of Akhil and Akash be x and y respectively.

Therefore, option B is the correct answer.

Arun, Barun, Chandan and Diksha have books in the ratio

respectively. What is the the minimum number of books they must be having altogether?
(Enter ‘0’ as the answer if the answer cannot be determined.)

The ratio of the books with them is

Given in the question :

The minimum value it can take is 5 and hence 3x-2y minimum value is 25.
The maximum value of A = maximum of x-y.
Since the integral part of fourth root of A is 2. This must be in the range of 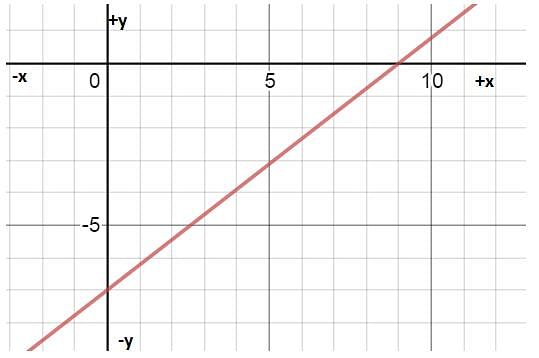 A circle with radius 6 cm is inscribed inside an equilateral triangle ABC. Three smaller circle are drawn touching the incircle and the sides of ABC as shown in the figure. Another triangle is formed by joining centres P,Q and R of these smaller circles. What is the perimeter of triangle PQR? 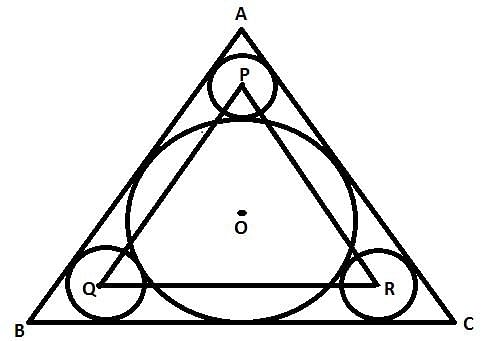 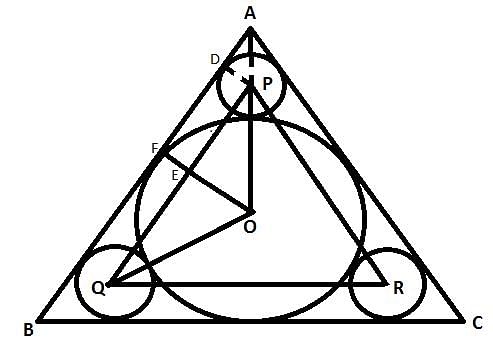 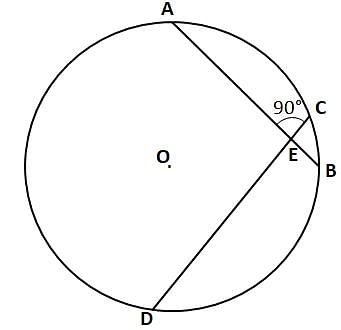 Let us draw perpendicular from centre of the circle to AB and CD. 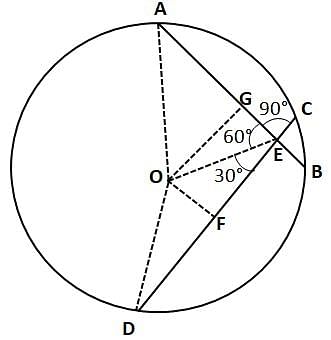 How many scalene triangles with integral sides can be formed with a perimeter of 45 cm?

when p is even and

when p is odd, where [] is the nearest integer function.
The number of scalene triangles that can be formed for a given perimeter 'p' is given by

when p is even and

AB and AC are tangents to the circle with centre O. If the radius of the circle is 5 and length of the tangent is 5√3, what is the area of the shaded region? 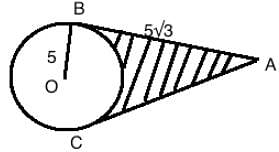 In the triangle BOA, tan 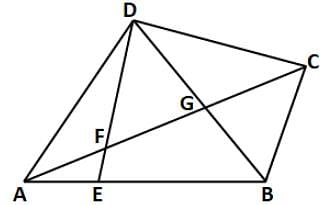 Let us draw a line from point E that is parallel to AG and intersects DB at H. 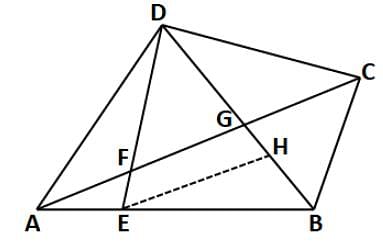 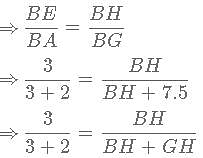 Hence, option B is the correct answer.

The equation can be written as follows:

What is the sum of all multiples of 3 less than 1000 which give an odd remainder when divided by 11 ?

For a quadratic equation ax2 +bx+c=0, roots are

Let ABC be a right-angled triangle with BC as the hypotenuse. Lengths of AB and AC are 15 km and 20 krn, respectively. The minimum possible time, in minutes, required to reach the hypotenuse from A at a speed of 30 km per hour is

To find the time taken to reach from A to D we have to find length of AD.

⇒ Area of the ΔABC

∴ The required result will be 24 minutes.

DIRECTIONS for the question: Solve the following question and mark the best possible option.
A person can complete a job in 120 days. He works alone on Day 1. On Day 2, he is joined by another person who also can complete the job in exactly 120 days. On Day 3, they are joined by another person of equal efficiency. Like this, everyday a new person with the same efficiency joins the work. How many days are required to complete the job?