What is cable tray ? 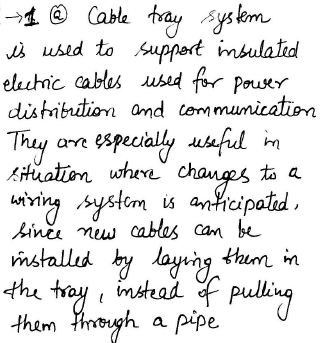 In regenerative braking which of the following is true ?

The chemical effect of current is used in

Unit of deflection sensitivity of a CRO is 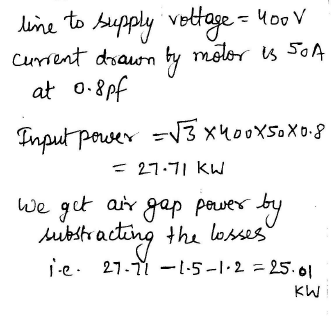 The number of armature parallel paths in a two pole D.C. generator having duplex lap winding is

The series field of a short shunt D.C. generator is excited by

The meter constant of a single phase 230V induction watt hour meter is 400 revolutions per kWh. The speed of the meter disc for a current of 10A of 0.9 pf lagging will be 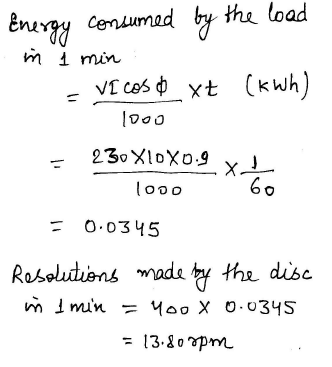 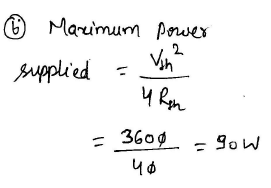 The resonant frequency of the given series circuit is What is the correct sequence of the following type of ammeters and voltmeters with increasing accuracy ? 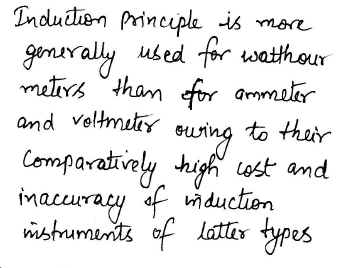 Compared with a solid conductor of the same radius, corona appears on a stranded conductor at a lower voltage, because stranding 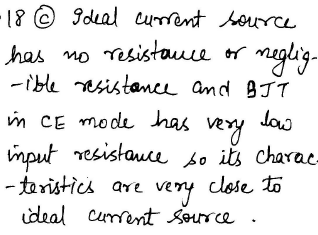 A galvanometer can be converted into an ammeter by connecting 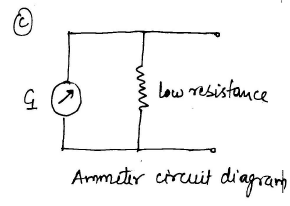 The delta connected generator shown in the figure has phase voltage of 200 V on no load.If connection of one of the phase is reversed then resultant voltage across the mesh will be 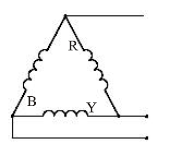 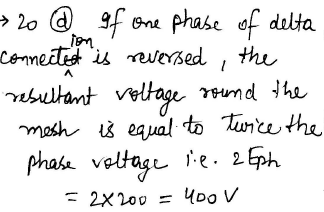 A moving iron instrument gives full scale deflection with 10 mA has a resistance of 3W. Determine the resistance to be connected in series so as to enable it to read up to 100V 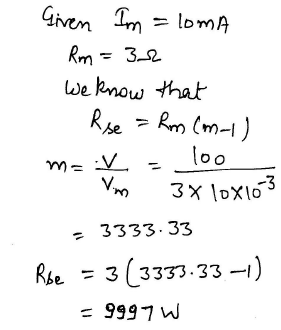 The rotor of a single phase induction motor

An insulating material ring has mean diameter of 100 mm, cross sectional area of 200 mm2.It is wound with 200 turns of insulated wire. Another coil of 1000 turns is wound on the top of the first coil. Then what is the mutual inductance ? 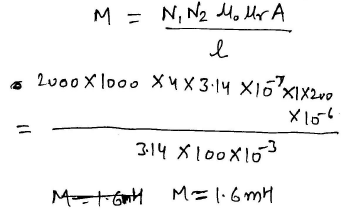 In forward mode NPN BJT, if we increase the voltage Vcc, the collector current increases

In fluorescent tube, a ballast resistance is connected in series with the choke

For the circuit shown below, what is the voltage across the current source Is ? 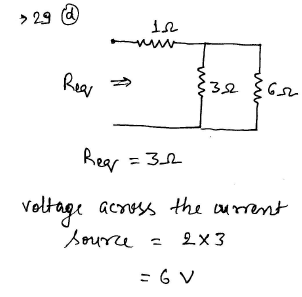 To determine the losses of an alternator, it is driven by 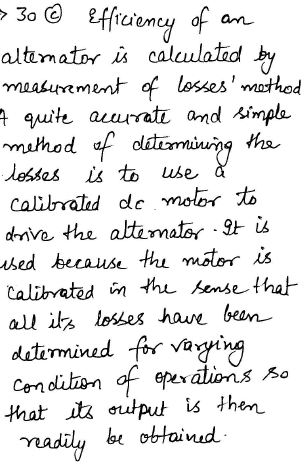 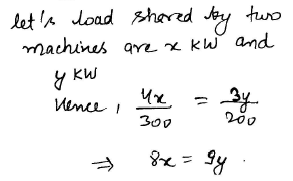 A voltage source having an internal impedance of 8 + j6W supplies power to resistive load.What should be the load resistance for maximum power transferred to it ?

The steady state current in the R-C series circuit, on the application of step voltage of magnitude E will be

Which of the following specification is not correct for a common collector amplifier ?

If R, L and C are the parameters of resistors. What is the condition for the resistor to benon-inductive ?

The frequency response shown in the figure corresponds to a

A 100 kV, 50 Hz supply is fed to a rectifier ammeter (using a bridge rectifier) through a capacitor. The PMMC ammeter of the rectifier instrument reads 45×10-3 Amp. What is the value of the capacitor ? 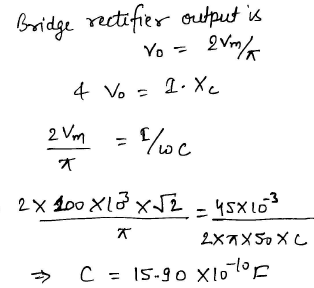 Normally which of the following is used, when a large scale conversion from AC to DC power is required ?

Two p-n junction diodes connected back to back to make a transistor which of the following is correct ? 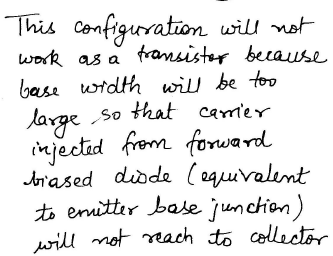 A 240 V, dc shunt motor takes a total current of 24 amp. Resistance of shunt field winding is 120W and armature has 0.3W. What is the current in the armature ?

For what value of unknown resistance x, the potential difference between B and D will bezero in the circuit shown in figure? 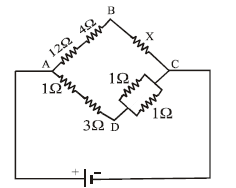 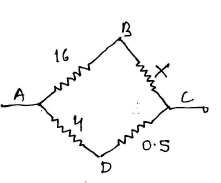 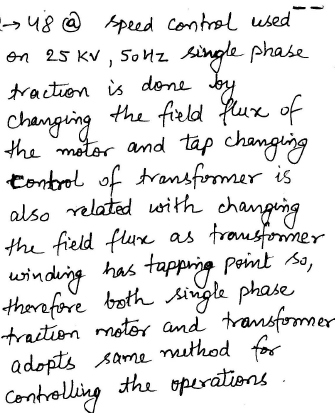 Which motor is a variable speed motor ?

What is the value of current I4 (in A) for the given junction? 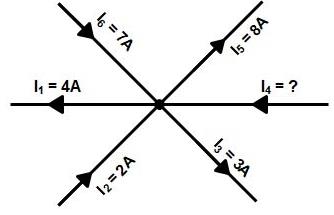 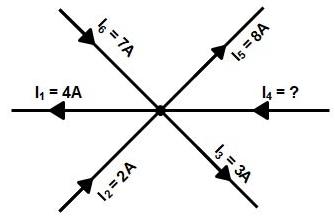 Cooling of synchronous generator is done by

In dc shunt motor, regenerative braking is limited by

For protection of rotating machines against lightening surges _____ is used

An inductor with a ferromagnetic core is supplied from a sinusoidal voltage source with frequency 'f'. The current drawn by the inductor will be

To maximize the driving torque in an induction type instrument, the flux produced by shunt coil and series coil should be

Which one among the following has the highest numerical value in a stepper motor?

A voltage source having an open circuit voltage of 120 V and internal resistance of 60W, is equivalent to a current source of 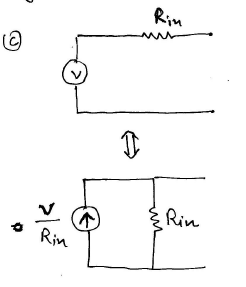 Purely inductive current takes power from the ac mains when

A square wave is fed to an R-C circuit. Then

To improve pf in three phase circuits, the capacitor bank is connected in delta to make

A frog leg winding is used in dc machine to eliminate

In dc machine armature winding, the no. of commutator segments is equal to the number of armature

A cumulatively compounded dc generator is supplying 20A at 200V. Now if the series field winding is short circuited, the terminal voltage

Stable operation of an induction motor is

In a 3-f induction motor iron loss mainly occurs in

For under frequency operation the eddy current loss

A power system needs injection of VARs at

A thermal generating station has an installed capacity of 15 MW and supplies a daily load of 10 MW for 12 hours and 5 MW of remaining 12 hours. The plant capacity factor for this station is 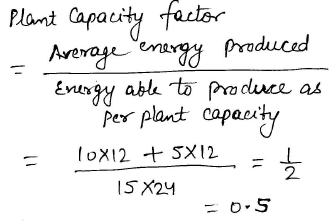 The material used for the manufacture of ground wire is

A PIN diode is frequently used as a

ICBO in a transistor can be reduced by reducing

Avalanche breakdown is primarily dependent on the phenomenon of

In case of GLS lamps the increase in supply voltage reduces

In a purely resistive circuit, the average power is ____ the peak power Pmax

When a transformer is operating on no load, the primary applied voltage is approximately balanced by

The inductive reactance of a transformer depends on

Constant current transformer is of ____ type

The armature reaction effect in synchronous machine depends on

Aluminium conductor cables can be joined by

The permissible variation of frequency in power system is

Two part tariff is charged on the basis of

An industrial installation has a power factor of 0.8 lagging. It would be economical to improve pf to

For 11 kv line, the inductance per km per phase will be of the order of

In 3-phase, 4-wire cable, the x-sectional area of neutral conductor is

This form of connection is shown in Fig. and is known as a star or Y connection. With the resulting 4-wire system, the three loads also are connected in star configuration The three outer wires are called the lines, and the common wire in the center is called the neutral. One reason for the connection of the neutral conductor is to provide a path for currents if the system became unbalanced. Another is that it enables single-phase loads to be connected to a three-phase system. 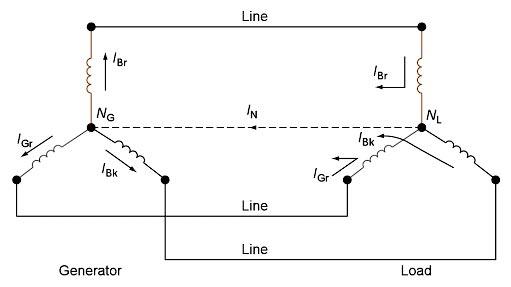 The addition of the conductor between the star points converts the system into what is known as a ‘three-phase four-wire system‘. We can see that the currents supplied by the generator flow along the lines, through the load and return via the neutral conductor.

However, in a balanced three-phase system are equal, and add up to the neutral current, which is zero:

If the three loads were identical in every way (same impedance and phase angle), then the currents flowing in the three lines would be identical. The three currents meet at the star point of the load. The resultant current returning down the neutral wire would, therefore, be zero. The load, in this case, is known as a balanced load, and the neutral is not strictly necessary. However, it is difficult, in practice, to ensure that each of the three loads is exactly balanced. For this reason, the neutral is left in place. Also, since it has to carry only the relatively small ‘out-of-balance’ current, it is made half the cross-sectional area of the lines.

In some cases, the same-sized cable is normally used for all four wires both to allow for inevitable imbalances and to also ensure that the neutral cable has equal tensile strength as the phase conductors.

The magnitude of fault current depends upon

For a fault at the terminals of synchronous generator, the fault current is maximum for a