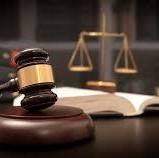 CLAT Score is also accepted by other law schools including NMIMS, Mumbai, UPES Dehradun and Nirma University, Ahmedabad, to name a few. After passing CLAT examination, you are eligible to be admitted to any of the following National Law Universities to continue your studies in Law stream. After completion of Law courses in NLUs you get good placements on campus. You can then even become successful LAWYER and JUDGE and you may even reach higher positions thereafter like High court lawyer, chief justice, Solicitor general, Legal advisor and more.

CLAT 2020 Exam Dates and other events

CLAT Mock test 2020 is essential for everyone. They complete your preparation and ensure that you clear the examination with a good score. Candidates can also download the CLAT mock test which is now available and practise at home offline.These mock tests of CLAT 2020 have been designed to be solved in under 2 hours, thus Using the released CLAT mock test, the candidates will be able to prepare well for the upcoming examination. Since the mock test will have the same structure as the CLAT 2020 examination, the candidates will be familiar with the pattern and analyze their preparation. Time management can also be practiced using the CLAT 2020 mock test.

The consortium of National Law Universities (NLUs) has announced few changes in CLAT 2020 Exam pattern. The consortium has also shared a sectional weightage/ question paper format of CLAT 2020 on 1st Jan along with the application form.

The question paper of CLAT 2020 will comprise of 150 questions and the sectional wise allotment of the following is given below:

Unlike the exam pattern, the marking scheme of CLAT 2020 will remains the same as earlier, i.e.

The consortium of National Law University (NLUs) has published an official sample paper for the common Law Admission Test 2020 on 1st January. The sample paper is based on the new exam pattern of CLAT 2020 and will be helpful for candidates appearing in the upcoming. Also the past year CLAT question papers are quite very helpful for the students who wish to score good marks because they give you an idea of the type of the questions and help you evaluate yourself. Past years Clat question papers tell you about your weak points and thus you can improve it and gain a good score.

Register on the official website(https://consortiumofnlus.ac.in/clat-2020/). Candidates need to enter their details to register. Once registered, candidates need to activate their account by entering their mobile number, this will generate an OTP on your number. Fill that OTP and then login by setting a password. Then click on the register for the CLAT 2020 button.

Candidates need to enter their personal details, academic details, communication details, category, exam centre preference details etc. After taking a preview of the form you can click on the submit button.

Candidates are supposed to upload their signature, photograph and a copy of the domicile and category certificate. Otherwise, their Clat application form is not completed.

Step 4: Candidates can pay the application fee for CLAT 2020 in online mode using (debit card/ credit card/ net banking) as well as offline (bank challan) modes. CLAT Application fee for different categories is an mentioned in the table below:

The conducting body of CLAT 2020, NLU odisha, Cuttack will be releasing the admit card of CLAT 2020 by the last week of April 2020. Candidates can get access for the same in online mode by entering their registration id and password. CLAT 2020 Admit card is a hall ticket to enter the examination hall thus it is an important document for the candidate. Without the admit card of CLAT 2020, no candidates will be allowed to enter the examination hall under any circumstances. Candidates are advised to check all the details like the name of the candidates, roll number, subject code, examination centre and date before downloading the same. Candidates should also take a print out of the same for future references.

Check CLAT 2020 Result, As per the CLAT exam dates, the results for CLAT 2020 will be published on the official website (https://consortiumofnlus.ac.in/clat-2020/). CLAT results will be composed of an overall merit list with names of the candidates along with their CLAT score and categories. Apart from this, the state specific as well as all India Merit list shall be prepared for various categories like- Unreserved/ SC/ ST/ OBC/ women/ PWd etc. candidates can view their personal Login account.

A variation seen in CLAT Cutoff every year. The cutoff of CLAT depends on multiple criteria and they are as follows: All Courses for CLAT on EduRev