Thanks for your upvoter


heir fans are now officially called A.R.M.Y (아미) which stands for Adorable Representative M.C for Youth. They also explained the significant meaning behind it. ARMY is military in English, the body armor and military are always together, so it means that the fans will always be together with the Bangtan Boys 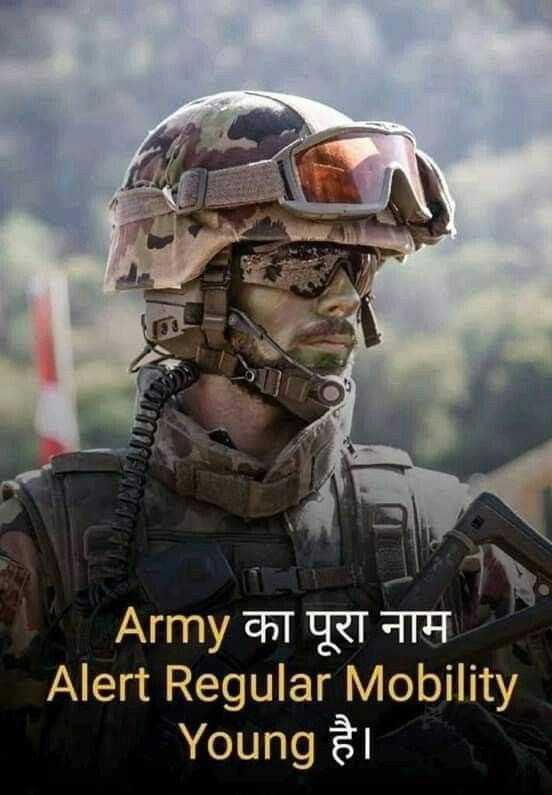 Moolraj Pathak answered Mar 30, 2020
Army is not logically an acronym.
Army is short of Armed Forces.
Hope it helps!

Ashutosh Narayan answered Apr 07, 2020
 
This discussion on Full form of army? is done on EduRev Study Group by Class 10 Students. The Questions and Answers of Full form of army? are solved by group of students and teacher of Class 10, which is also the largest student community of Class 10. If the answer is not available please wait for a while and a community member will probably answer this soon. You can study other questions, MCQs, videos and tests for Class 10 on EduRev and even discuss your questions like Full form of army? over here on EduRev! Apart from being the largest Class 10 community, EduRev has the largest solved Question bank for Class 10.
Upgrade to Infinity
Ask a question