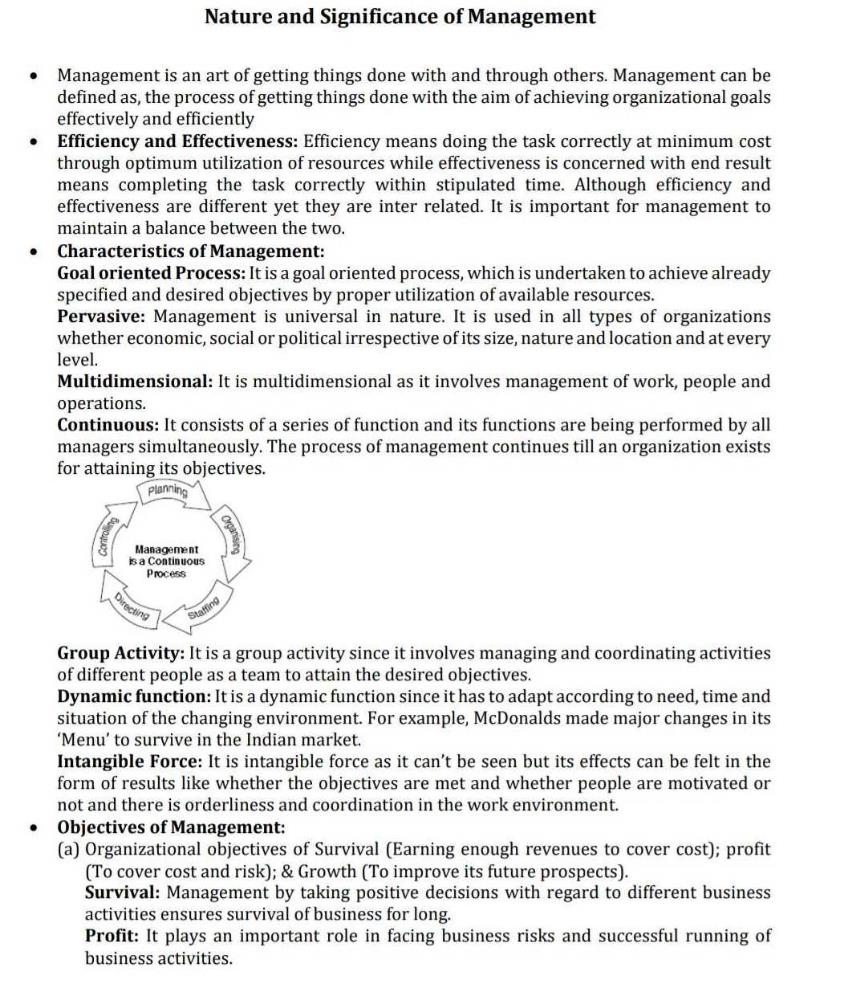 Manshi Rajput answered May 18, 2020
Question 1:
Ashutosh Goenka was working in ‘Axe Ltd.’, a company manufacturing air purifiers. He found that the profits has started declining from the last six months. Profit has an implication for the survival of the firm, so he analysed the business environment to find out the reasons for this decline.

Identify the level of management at which Ashutosh Goenka was working.

State three other functions being performed by Ashutosh Goenka

Idenfity the level at which Rishitosh Mukerjee was working.

Also, state three more functions required to be performed by Rishitosh Mukerjee at
this level.

Question 3:
Sridhar’s father is working as a section in-charge in a government office. Identify the level of management at which he is working? State any five functions that he has to perform at this level.
Question 4:
Mega Ltd. manufactured water-heaters. In the first year of its operations, the revenue earned by the company was just sufficient to meet its costs. To increase the revenue, the company analysed the reasons behind the less revenues. After analysis, the company decided:

to reduce the labour costs by shifting the manufacturing unit to a backward area where labour was available at a very low rate.

This will not only help in covering the risks but also help in meeting other objectives.

Identify and explain the objectives of management discussed above.

State any two values which the company wanted to communicate to society.

Question 5:
XYZ Power Ltd. set up a factory for manufacturing solar lanterns in a remote village as there was no reliable supply of electricity in rural areas. The revenue earned by the company was sufficient to cover the costs and the risks. As the demand of lanterns was increasing day- by-day, the company decided to increase production to generate higher sales. For this/they decided to employ people from a nearby village as very few job opportunities were available in that area. The company also decided to open schools and creches for the children of its employees.

Identify and explain the objectives of management discussed above.

State any two values which the company wanted to communicate to the society.

Ask your question in the question section not in the answer..

Ok , but question is not clear!