A state occurring in network layer when the message traffic is so heavy that it slows down network response time.

Let us consider an example to understand

Imagine a bucket with a small hole in the bottom.No matter at what rate water enters the bucket, the outflow is at constant rate.When the bucket is full with water additional water entering spills over the sides and is lost. 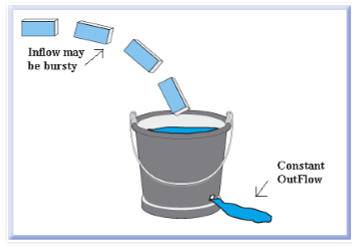 The leaky bucket algorithm enforces output pattern at the average rate, no matter how bursty the traffic is. So in order to deal with the bursty traffic we need a flexible algorithm so that the data is not lost. One such algorithm is token bucket algorithm.

Steps of this algorithm can be described as follows:

Let’s understand with an example,

Let’s understand with an example, 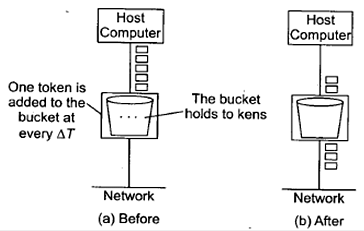