The document Additional Questions Solutions- Constructions Class 9 Notes | EduRev is a part of the Class 9 Course Mathematics (Maths) Class 9.
All you need of Class 9 at this link: Class 9 IV. Join D and C.V. Draw the perpendicular bisector of DC which intersects

at A.VI. Join A and C.Thus, ABC is the required triangle.

Question 2. Construct a ΔABC whose perimeter is 12 cm and sides are in the ratio 2 : 3 : 4. Solution: Steps of construction: 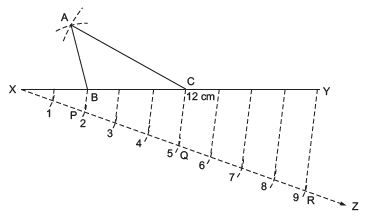 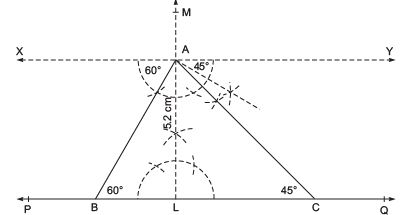 Question 4. Contruct an equilateral triangle if its altitude is 6 cm. Give justification for your construction. Solution: Steps of construction: 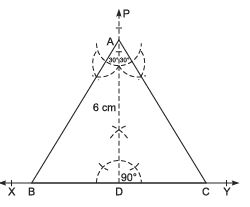