The document Practice Questions: The Best Christmas Present in the World Notes | Study English Class 8 - Class 8 is a part of the Class 8 Course English Class 8.
All you need of Class 8 at this link: Class 8

Q1. How did the author find Jim’s letter? What did it contain?

Ans. The author found Jim’s letter in the small black tin box, put in the drawer of an old table. Jim’s letter was addressed to his wife. He was a British soldier but he was glad to have celebrated Christmas together with the German soldiers. He put down his thoughts in the letter and promised to come back home on Christmas. 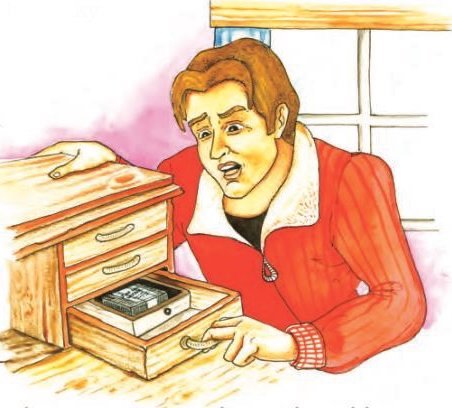 Q2. Jim talks about an incident that had just happened at the front. What was it?

Q3. Who are Fritz and Tommy in the story?

Ans. Fritz and Tommy are the names given to the German and the British soldiers respectively.

Q1. Describe in brief the author's meeting with Connie.

Ans. Connie or Mrs Macpherson was 101 years old. When the author took Jim’s letter to her in a nursing home she became very excited. Her eyes lit up and she mistook the author for her husband. She kissed his cheek. She said that she had been reading his letter every day. But she wanted to hear his voice. She had also made a Christmas cake for him as he had promised to come home. She thought that he had come back home. She called his presence at home as the best Christmas present for her in the world.

Q2. What had happened to Mrs. Macpherson? Describe her condition.

Ans. Mrs. Macpherson lived alone after her husband (Jim Macpherson) went to join the British army during the First World War. One day her house caught fire. But she was saved by the firemen. From then she had been in a nursing home for treatment. She had grown extremely old and couldn’t walk on herself. And her life got confined to a wheelchair.

The document Practice Questions: The Best Christmas Present in the World Notes | Study English Class 8 - Class 8 is a part of the Class 8 Course English Class 8.
All you need of Class 8 at this link: Class 8