The document Adjacent Angles & Vertical Opposite Angles Notes - Class 6 is a part of Class 6 category.
All you need of Class 6 at this link: Class 6

What are opposite angles and adjacent?
Ref: https://edurev.in/question/647271/What-are-opposite-angles-and-adjacent-

The measure of rotation of a ray, when it is rotated about its end point is known as the angle formed by the ray between its initial and final position.

Consider a wall clock as shown in the following fig. 1. The minute hand and second hand of clock form one angle represented as ∠AOC and the hour hand forms another angle with the second hand represented as∠COB. Both these pair of angles i.e.∠AOC and ∠COB lies next to each other and are known as adjacent angles. 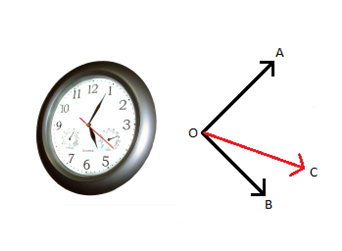 ∠AOC and ∠COB have a common vertex, a common arm and the uncommon arms lie on either side of the common arms. Such angles are known as

Here are some examples of Adjacent angles: Pair of adjacent angles whose measures add up to form a straight angle is known as a linear pair. The angles in a linear pair are supplementary. 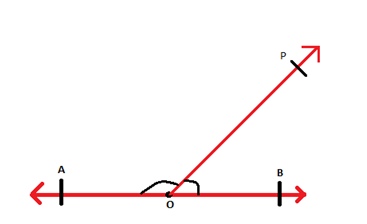 ∠POB and ∠POA are adjacent to each other and when the sum of adjacent angles is 180° then such angles form linear pair of angles. 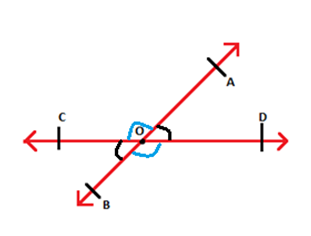 According to vertical angle theorem, in a pair of intersecting lines the vertically opposite angles are equal.

To understand this theorem in detail and to learn more about angles and other concepts please download BYJU’S-The Learning App. Happy Learning!!!

The document Adjacent Angles & Vertical Opposite Angles Notes - Class 6 is a part of Class 6 category.
All you need of Class 6 at this link: Class 6