The document Agriculture (Part - 3) - Geography Notes | EduRev is a part of the UPSC Course Geography for UPSC (Civil Services) Prelims.
All you need of UPSC at this link: UPSC

RELAY CROPPINGBesides cropping done in sequence there is another type of intensive cropping called relay cropping in which one crop is under sown in a standing crop. 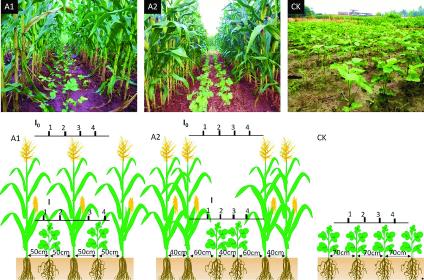 Wasteland is of two kinds:(1) Cultivable (2) Non-cultivable The former has the potential for being activated but is lying fallow for various reasons like waterlogging, salinity, soil erosion, non-availability water, deforestation, unfavourable physiography, etc. Non-cultivable wastelands are barren and cannot be put to any use such as agriculture, forestry, etc. e.g., snow-covered areas of the Himalayan regions, barren deserts of Rajasthan. 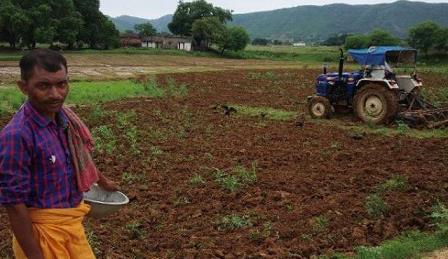 Usefulness of biofertilizers and efforts to make it more useful

What India should do to iron out some of the major deficiencies and revitalise the agri-sector to become a growth machine?

From 1993-94 onwards, the Board had commenced implementation of a five-year World Bank Rubber Development Project which consists of the following components:

India’s export performance of fresh vegetables is not encouraging and is erratic’.

BIO-PESTICIDES
Recently there has been some interest in identifying microbial pesticidal agents as these are environment-friendly. Its other advantages are (i) They are not carcinogenic and (ii) They operate with a high degree of insect specificity. Among these insecticides, the toxic chemical (a protein) produced by a soil-borne bacterium, Bacillus thuringiensis, commonly referred to as BT is the most important. It has been successfully developed as a commercial insecticide in many countries. 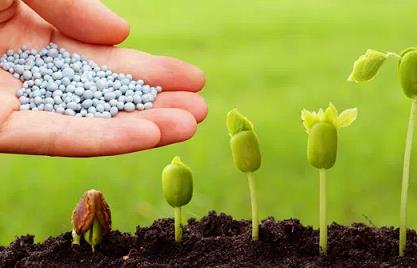 VERMI COMPOSTINGVermicomposting is the process of growing earth-worms in various kinds of waste material and using the excretion of the earth-worms as manure which contains PNK.

VermicompostingThe earthworms are useful in land reclamation, soil improvement and organic waste management. The worms can accumulate certain heavy metals, industrial effluents, various biocides and other agricultural chemicals and their residues. They are also used as a protein-rich source of animal feed. They act as waste controllers, compost manufacturers and protein producers.

Swaminathania Salitolerans The scientists at the M.S. Swaminathan Research Foundation, Chennai have isolated a new bacterium from wild rice, endowed with the capacity to fix atmospheric nitrogen in plants and solubilise tricalcium phosphate. This duel property bacterium has been named Swaminathania Salitolerans, in honour of the distinguished agricultural scientist Prof. M.S. Swaminathan, the father of green revolution.  The new bacterium holds great promise as a potential bio-fertilizer for rice and a host of other crops. It has high tolerance to salinity and it will be a great boom for farmers in saline tracks. The bacterium can do well in normal soils also. The bacterium can be ideally used in integrated plant nutrient management and it can help is substantial saving in the application of mineral nitrogen and phosphorus. Thus it can help reduce the cost of inputs. It can prevent the loss of applied nitrogen from the soil and increase the nitrogen and phosphorus uptake by the plants. Integrated Nutrient PlanThere is an erroneous impression that higher fertiliser-use leads to higher yields. With less fertiliser per hectare, highest productivity is possible. For instance, the per hectre consumption of NPK in the US is 42 kg, but the cereal yield is around 5.5 tonnes. 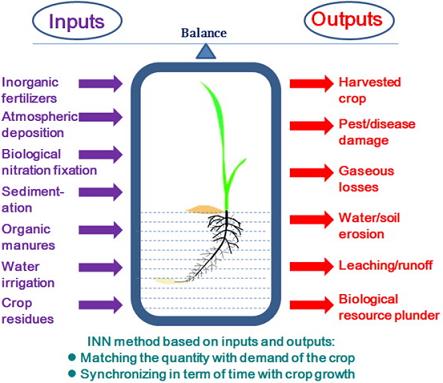 Integrated nutrient managementLikewise, cotton yields in India are less than 20 per cent of the yields achieved elsewhere. However, Indian farmer use 25 times as much water to raise to tonne of cotton as compared to California. Due importance should be given to the Integrated Nutrient Management (INM). INM is a flexible approach to minimise the use of chemicals, but maximise efficiency and far profit.
Overuse and abuse harm based on three principles:  (i) Assessment of the basic soil fertility and climate.(ii) Nature of the crop, not in isolation, but as a part of the cropping system and yield target.(iii) At least 30 percent of the total nutrient levels of NPK to be in organic form.

Transgenic technology has the potential to usher in a second green revolution, though there are apprehensions and misconceptions about it. The most often expressed fear is, what will happen if the modified genes are transmitted to other plants or animals. But it must not be forgotten that transfer of genes is constantly taking place in nature and on a magnitude several order higher. In fact, plant breeders cross wild plants with crop varieties to transfer genes through conventional breeding methods.  The natural gene Cry 1Ac has been further modified by Monsanto Inc,. USA. the transgenic cotton varieties containing this improved gene have been branded “Bollgard” by the Company. In India, Maharashtra Hybrid Seeds Company Ltd. (MAHYCO) has hybrids. These lines have been named MECH (Mahyo’s Early Cotton Hybrid) with a number suffixed suchas 12, 162, 184 and 915.