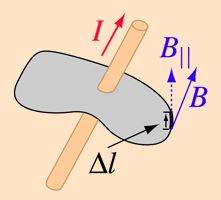 In the electric case, the relation of field to source is quantified in Gauss's Law which is a very powerful tool for calculating electric fields. 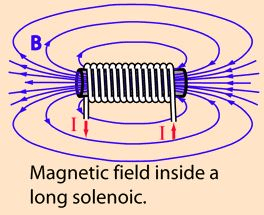 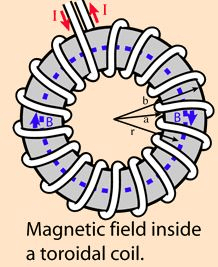 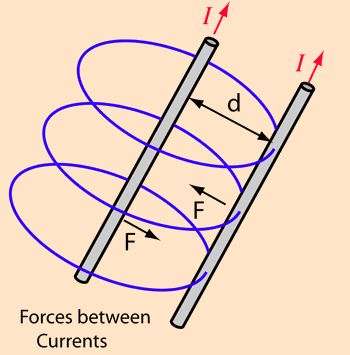 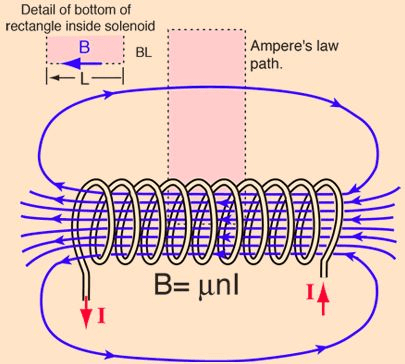 This turns out to be a good approximation for the solenoid field, particularly in the case of an iron core solenoid 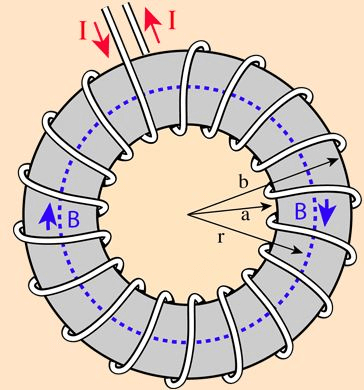 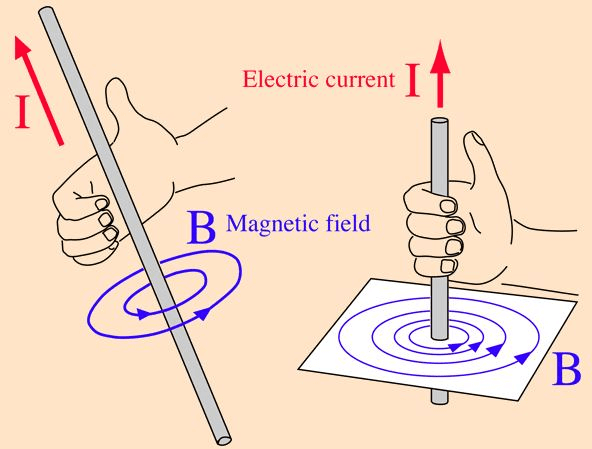 Magnetic Field Inside a Conductor

The magnetic field inside a conductor with uniform current density J = I/πR2 can be found with Ampere's Law. 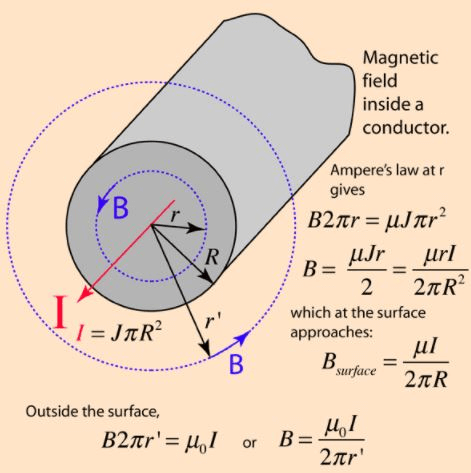 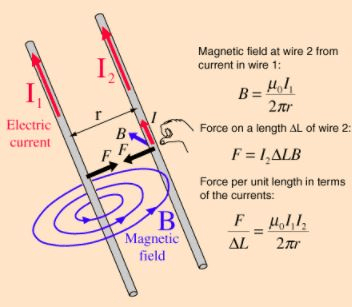 Once the magnetic field has been calculated, the magnetic force expressioncan be used to calculate the force. The direction is obtained from the right hand rule. Note that two wires carrying current in the same direction attract each other, and they repel if the currents are opposite in direction. The calculation below applies only to long straight wires, but is at least useful for estimating forces in the ordinary circumstances of short wires. Once you have calculated the force on wire 2, of course the force on wire 1 must be exactly the same magnitude and in the opposite direction according to Newton's third law.