In the given triangle, ∆ABC, AB, BC, and CA represent three sides. A, B and C are the three vertices and ∠ABC, ∠BCA and ∠CAB are three interior angles of ∆ABC. 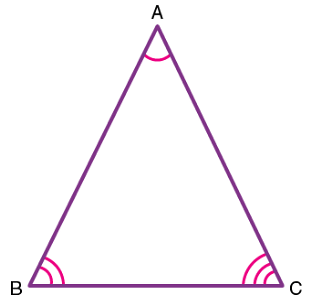 parallel to the side BC of the given triangle.

Theorem 2: If any side of a triangle is extended, then the exterior angle so formed is the sum of the two opposite interior angles of the triangle. 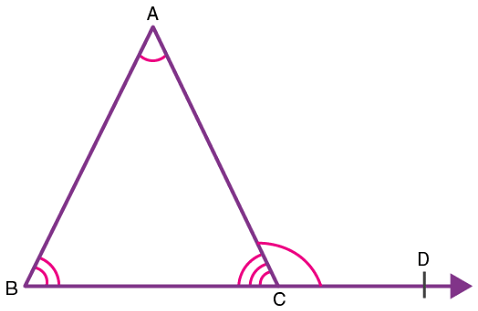 In the given figure, the side BC of ∆ABC is extended. The exterior angle ∠ACD so formed is the sum of measures of ∠ABC and ∠CAB.

Proof:From figure 3, ∠ACB and ∠ACD form a linear pair since they represent the adjacent angles on a straight line.Thus, ∠ACB + ∠ACD = 180°  ……….(2)Also, from the angle sum property, it follows that:∠ACB + ∠BAC + ∠CBA = 180° ……….(3)From equation (2) and (3) it follows that:∠ACD = ∠BAC + ∠CBAThis property can also be proved using the concept of parallel lines as follows: 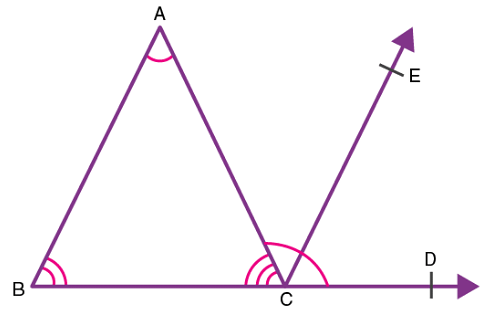 In the given figure, side BC of ∆ABC is extended. A line

parallel to the side AB is drawn, then: Since