The document Aromatic Hydrocarbons: Introduction, IUPAC Nomenclature Class 11 Notes | EduRev is a part of the JEE Course Chemistry Class 11.
All you need of JEE at this link: JEE

Aromatic hydrocarbon, commonly known as arenes are hydrocarbons containing sigma bonds and delocalized pi electrons between the carbon atoms in a ring. For example, benzene. They are known as aromatic due to their pleasant smell. 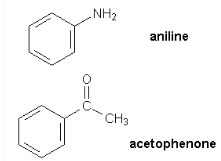 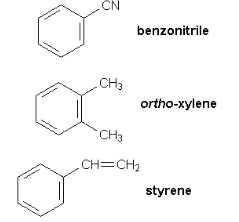 Earlier, most of the compounds with the same structural formula were known by different names depending on the regions where they were synthesized. This naming system was very trivial since it raised a lot of confusion. Finally, a common naming system enlisting standard rules was set up by IUPAC (International Union for Pure and Applied Chemistry) for the naming of compounds. This method of naming is IUPAC naming or IUPAC nomenclature. IUPAC nomenclature of aromatic hydrocarbons is explained below:

1. According to IUPAC nomenclature of substituted aromatic compounds, the substituent name is placed as a prefix to the name of aromatic compounds. For example, a benzene ring attached to one-nitro group is named as nitrobenzene.

3. When different substituted groups are attached to the aromatic compounds, the substituent of base compound is assigned number one and then the direction of numbering is chosen such that the next substituent gets the lowest number. Substituents are named in alphabetical order. For example: when chloro and nitro groups are attached to the benzene ring, we first locate the chloro group then nitro groups.

4. In case of multiple substituted aromatic compounds, sometimes terms like ortho (o), meta (m) and para (p) are also used as prefixes to indicate the relative positions 1,2- ;1,3- and 1,4- respectively. For example, 1,2 di-bromo-benzene can be named as o-di-bromo-benzene.