The document Assignment - Triangles, Class 9 Mathematics Class 9 Notes | EduRev is a part of Class 9 category.
All you need of Class 9 at this link: Class 9

FILL IN THE BLANKS :

2. Answer the following as per the exact requirement : 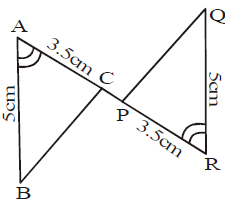 ΔPQR.
Justify the statement by writing the congruence R

criteria applicable in this situation. 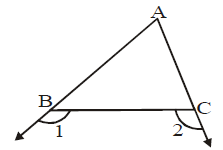 5. In ΔABC, we have, ∠A > ∠B > ∠C, then determine the shortest and the longest side of the triangle.
6. If ΔABC

1. In the given fig, the line segments AB and CD intersect at a point M in such a way that AM = MD and CM = MB. Prove that, AC = BD but AC may not be parallel to BD. 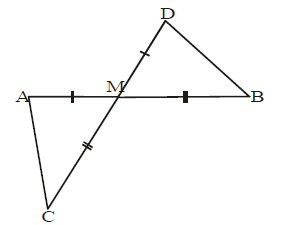 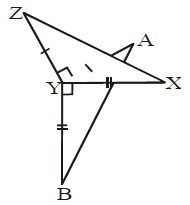 3. If the bisector of the exterior vertical angle of a triangle is parallel to the base, show that the triangle is isosceles. 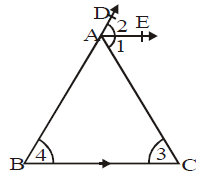 4. In each of the following figures, find the value of x: 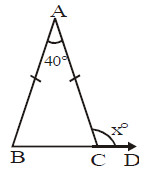 5. In each of the following figures, find the value of x: 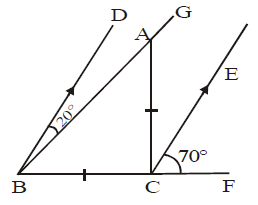 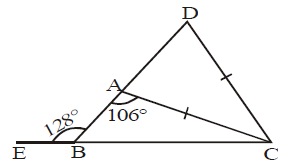 11. In the given figure, AD is the internal bisector of ∠A and CEDA. If CE meets BA produced at E, prove that ΔCAE is isosceles.

12. In the given figure, AD bisects ∠A. Arrange AB, BD and DC in ascending order. 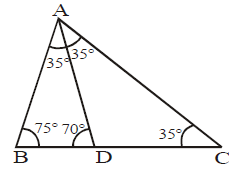 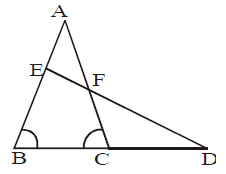 (B) LONG ANSWER TYPE QUESTIONS :
1. In the given fig, ABCD is a square and ΔPAB is an equilateral triangle. 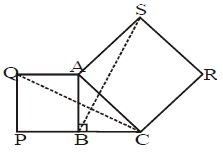 3. Squares ABPQ and ADRS are drawn on the sides AB and AD of a parallelogram ABCD. Prove that : 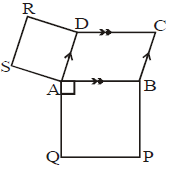 5. In the given fig, ABCD is a square, EFBD and R is the mid-point of EF. Prove that :

(iii) If AR is produced, it will pass through C.

7. Prove that the perimeter of a triangle is greater than the sum of its three medians. 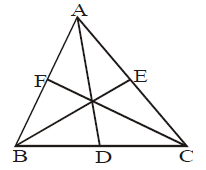 8. In the adjoining figure, prove that :

9. In the adjoining figure, O is the centre of a circle, XY is a diameter and XZ is a chord. Prove that XY > XZ.

FILL IN THE BLANKS :