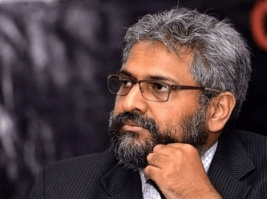 Siddharth Varadarajan – Shorenstein Journalism Award for 2017:i. The Shorenstein Journalism Award is given every year by Stanford University’s Walter H. Shorenstein Asia-Pacific Research Center. It awards people from the West and Asia.ii. Nayan Chanda, a member of the jury said that, Siddharth Varadarajan’s initiative in independent, web-based journalism as founding editor of The Wire, his well-researched reports, and his commentaries have attributed to his success.Some important dams in India:♦ Bhakra Dam – Satluj River♦ Pakal Dul Dam – Marusudar River♦ Sardar Sarover Gujarat Dam – Narmada River Kohli and Mithali voted world’s best:i. Virat Kohli and Mithali Raj were named the leading men’s and women’s cricketers in the world respectively.ii. Five cricketers were chosen for the ‘Cricketers of the Year Award’. Three of them were women cricketers.iii. England’s women cricketers Heather Knight, Natalie Sciver and Anya Shrubsole have been selected for Wisden’s Five Cricketers of the Year.iv. West Indies batsman Shai Hope and Essex bowler Jamie Porter were also chosen for Wisden’s Five Cricketers of the Year.v. Stu Forster of Getty Images took a picture of English fast bowler Katherine Brunt taking a selfie at the cricket world cup final at Lord’s stadium. This has been selected as the Cricket Photograph of the Year.About ICC (International Cricket Council):♦ CEO – David Richardson♦ Headquarters – Dubai, United Arab Emirates 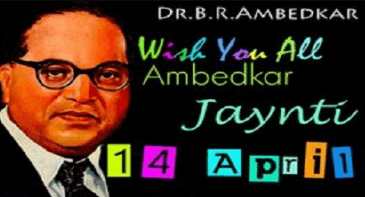 B.R.Ambedkar Remembrance Day or Ambedkar Jayanti:i. Ambedkar Jayanti is observed every year on 14th April to commemorate the birth anniversary of B.R.Ambedkar who was born on 14 April 1891.ii. He was the architect of Indian Constitution. He is known as the “Father of Indian Constitution.”iii. He had dedicated his life for uplifting the deprived section of the society. He had also played a major role in India’s freedom struggle. He had received Bharat Ratna award in 1990.Some important museums in India:♦ Baroda Museum & Picture Gallery – Vadodara, Gujarat♦ Calico Museum of Textiles – Ahmedabad, Gujarat♦ Gandhi Smarak Sangrahalaya – Ahmedabad, Gujarat