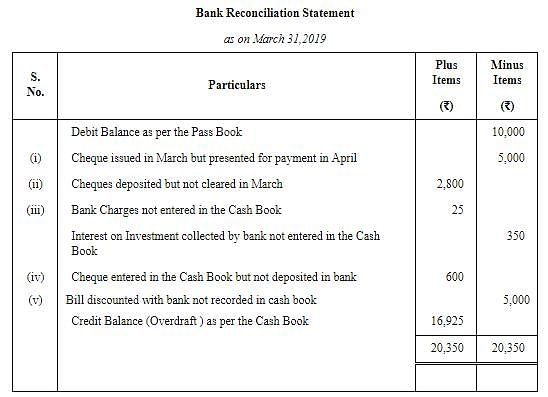 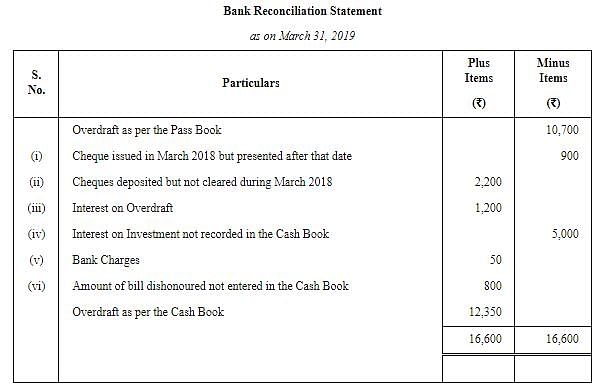 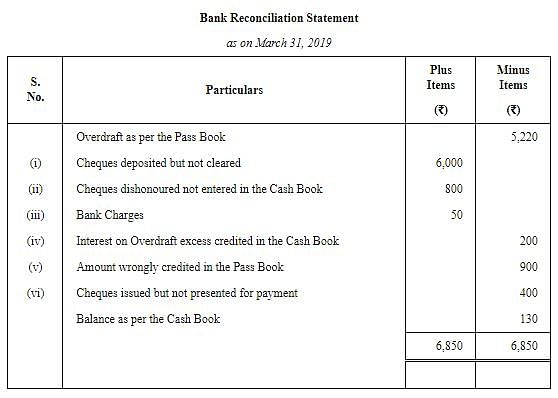 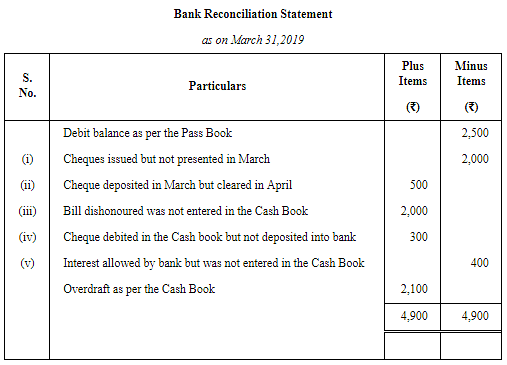 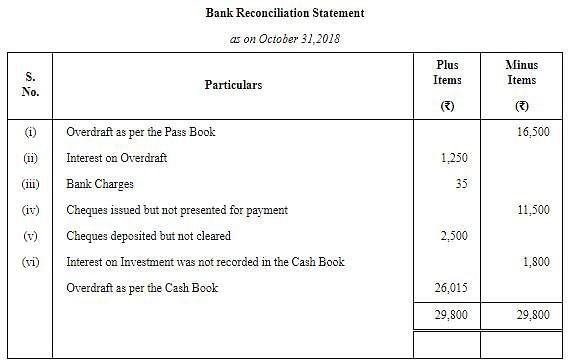 Question 26: Prepare Bank Reconciliation Statement as on 31st March, 2019 from the following particulars:

(iii) Cheques amounting to ₹ 3,500 had been paid into the bank for collection but of these only ₹ 500 had been credited in the Pass Book.

(iv) Bank has charged ₹ 500 as interest on overdraft and the intimation of which has been received on 2nd April, 2019.

(v) Bank Pass Book shows credit for ₹ 1,000 representing ₹ 400 paid by debtor of R direct into the bank and ₹ 600 collected directly by the bank in respect of interest on R's investment. R had no knowledge of these items.

(vi) A cheque for ₹ 200 has been debited in the bank column of Cash Book by R but it was not sent to the bank at all.ANSWER: 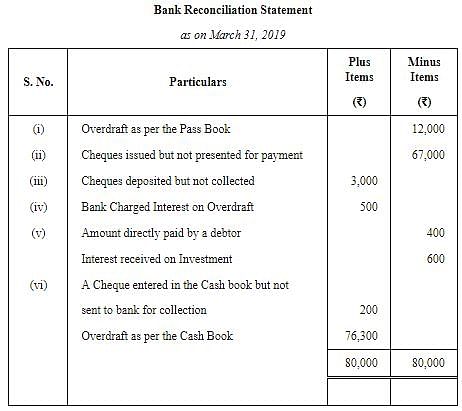