Acceptance: Acceptance which is also known as the banker’s acceptance is a signed instrument of acknowledgment that indicates the approval and acceptance of all terms and conditions of any agreement on behalf of the banker. It is a very wide term that is used in context with financial agreements and contracts.

Accepting House: An accepting house is a banking or finance organization that specializes in the service of acceptance and guarantee of bills of exchange. This organization specializes in two prominent functions, that is facilitating the different negotiable instruments and merchant banking.Account Balance: The total amount of money in a particular bank account, along with the debit and credit amounts, the net amount is also termed as the account balance.

Annuities: Annuities are contracts that guarantee income or return, in exchange of a huge sum of money that is deposited, either at the same time or is paid with the help of periodic payments. Some of the common types of annuities include the deferred, fixed, immediate or variable variants.

Balance Transfer: A balance transfer is the repayment of a credit debt with the help of another source of credit. In some cases, balance transfer also refers to transfer of funds from one account to another.

Bank Account: A bank account is an account held by a person with a bank, with the help of which the account holder can deposit, safeguard his money, earn interest and also make cheque payments.

Bank Rate: It is the interest rate at which the Central Bank in the discharge of its function as Banker’s Bank lends to the commercial banks. Since this lending may be in the form of discounting of the securities pledged, it is also called the discount rate.

Basis Point: It is a measure of change in financial parameters such as interest, stock indices and market rates. It is 1/100 of one percent.

Bounced Cheque: A bounced cheque is nothing but an ordinary bank cheque that any bank can refuse to encash or pay because of the fact that there are no sufficient finances in the bank account of the originator or drawer of the cheque or same other valid reason.

Cap: A cap is a limit that regulates the increase or decrease in the rate of interest and installments of an adjustable rate mortgage.

Cashier’s Cheque: The cashier’s cheque is drawn by a bank on it’s own name to may payments other organizations, banks, corporations or even individuals.

Cash Reserve: The cash reserve is the total amount of cash that is present in the bank account and can also be withdrawn immediately.

Cheque: A cheque is a negotiable instrument that instructs the bank to pay a particular amount of money from the writer’s bank, to the receiver of the cheque.

Clearing: Clearing of a cheque is basically a function that is executed at the clearing house, when all amount of the cheque is subtracted from the payer’s account and then added to the payee’s account.

Clearing House: The clearing house is a place where the representatives of the dierent banks meet for confirming and clearing all the checks and balances with each other. The clearing house, in most countries across the world, is managed by the central bank.

Compound Interest: Compound interest is the interest that is ‘compounded’ on a sum of money that is deposited. The compound interest, unlike simple interest, is calculated by taking into consideration, the principal amount and the accumulated interest.

Debit Card: A debit card is an instrument that was developed with digital cash technology, and is used when a consumer makes that payment first to the credit card company and then swipes the card. The debit card operates in the exact opposite manner of the credit card.

Deposit Slip: A deposit slip is a bill of itemized nature and depicts the amount of paper money, coins and the check numbers that are being deposited into a bank account.

Depositor: The person who deposits money into a bank account is called a depositor.

Debt Settlement: Debt settlement is a procedure wherein a person in debt negotiates the price with the lender of a loan, in order to reduce the installments and the rate of repayment, and ensure a fast and guaranteed repayment.

Debt Repayment: Debt repayment is the total process repayment of a debt along with the interest. Sometimes, the consolidation that is provided is also included in debt repayment.

Debt Recovery: Debt recovery is the process that is initiated by the banks and lending institutions, by various procedures like debt settlement or selling of collaterals.

E-Cash: Also known as electronic cash and digital cash, e-cash is a technology where the banking organizations resort to the use of electronic, computer, internet and other networks to execute transactions and transfer funds.

Earnest Money Deposit: An earnest money deposit is made by the buyer to the potential seller of a real estate, in the initial stages of negotiation of purchase.

Expiration Date: This term indicates the invalidity of a financial document or instrument, after a specified period of time.

Education Loan: An education loan, also known as student’s loan, is specifically meant to provide forth borrower’s expenditure towards education. In the majority of countries, educational loans tend to have a low rate of interest. The period of repayment also starts after the completion period of the loan.

Installment Contract: An installment contract is a contract where the borrower, who is also the purchaser, pays a series of installments that includes the interest of the principal amount.

Interest / Interest Rate: Interest is a charge that is paid by any borrower or debtor for the use of money, which is calculated on the basis of the rate of interest, time period of the debt and the principal amount that was borrowed. Interest is, sometimes, also titled as the ‘cost of credit’. Interest rate is the percentage of principal amount that is paid as an interest for the use of money.

Internet Banking: Internet banking is a system wherein customers can conduct their transactions through the Internet. This kind of banking is also known as e-banking or online banking. 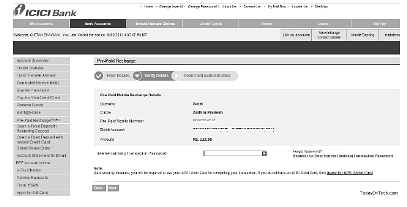 Letter of Credit: A document issued by a bank (on behalf of the buyer or the importer), stating its commitment to pay a third party (seller or the exporter), a specific amount, for the purchase of goods by its customer, who is the buyer. The seller has to meet the conditions given in the document and submit the relevant documents, in order to receive the payment. Letters of credit are mainly used in international trade transactions of huge amounts, wherein the customer and the supplier live in different countries.

Lock-in Period: A guarantee given by the lender that there will be no change in the quoted mortgage rates for a specified period of time, which is called the lock-in period.

Mortgage: A mortgage is a legal agreement between the lender and the borrower where real estate property is used as collateral for the loan, in order to secure the payment of the debt. According to the mortgage agreement, the lender of the loan is authorized to confiscate the property, the moment the borrower stops paying the installments.

Online Banking: The accessing of bank information, accounts and transactions with the help of a computer through the financial institution’s website on the Internet is called online banking. It is also called Internet banking or e-banking.

Overdraft: It is a check or rather an amount of check, which is above the balance available in the account of the payer.

Payee: Payee is the person to whom the money is to be paid by the payer.

Payer: Payer is the person who pays the money to the payee.

Personal Identification Number (PIN): Personal identification number or PIN is a secret code of numbers and alphabets given to customers to perform transactions through an automatic teller machine or an ATM.

Repo Rat :. The rate at which banks borrow money from the RBI against pledging or sale of government securities to RBI is known as “Repo Rate.” Repo rate is short form of Repurchase Rate. Generally, these loans are for short durations up to 2 weeks. Repo Rate differs from Bank Rate with respect to the time horizon. Repo Rate is a short-term measure and it refers to short-term loans. On the other hand, Bank Rate is a long

term measure and is governed by the long-term monetary policies of the RBI.

Reverse Repo Rate. It is the rate of interest offered by RBI, when banks deposit their surplus funds with the RBI for short periods.

Smart Cards: Unlike debit and credit cards (with magnetic stripes), smart cards possess a computer chip, which is used for data storage, processing and identification.

Syndicated Loan: A very large loan extended by a group of small banks to a single borrower, especially corporate borrowers. In most cases of syndicated loans, there will be a lead bank, which provides a part of the loan and syndicates the balance amount to other banks.

Time Deposit: A kind of bank deposit which the investor is not able to withdraw, before a time fixed when making the deposit.

Value At Risk (VAR): The sum or portion of the value that is at stake of subject to loss from a variation in prevalent interest rates.

Wholesale Banking: Wholesale banking is a term used for banks which offer services to other corporate entities, large institutions and other financial institutions.

Zero-Down-Payment Mortgage: Zero-down-payment mortgage is a type of mortgage given to a buyer who does not make any down payments while borrowing. The mortgage buyer borrows the amount at the entire purchase price. For example, Jaan Dhan Account.