To test a system, generally, standard or basic signals are used. These signals are the basic building blocks for many complex signals. Hence, they play a very important role in the study of signals and systems.

A signal, which satisfies the condition, δ(t)=limϵ→∞x(t) is known as unit impulse signal. This signal tends to infinity when t = 0 and tends to zero when t ≠ 0 such that the area under its curve is always equals to one. The delta function has zero amplitude everywhere excunit_impulse.jpgept at t = 0.

A signal, which satisfies the following two conditions −

is known as a unit step signal. 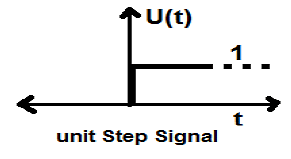 If we add a step signal to another step signal that is time scaled, then the result will be unity. It is a power type signal and the value of power is 0.5. The RMS (Root mean square) value is 0.707 and its average value is also 0.5

Integration of step signal results in a Ramp signal. It is represented by r(t). Ramp signal also satisfies the condition r(t) = ∫t−∞U(t)dt = tU(t)r(t). It is neither energy nor power (NENP) type signal.

It is neither energy nor Power (NENP) type signal.

This function is represented as

It is a power type signal. Its power value and RMS (Root mean square) values, both are 1. Average value of signum function is zero.

It is also a function of sine and is written as −

A signal, which is continuous in nature is known as continuous signal. General format of a sinusoidal signal is

A = amplitude of the signal

ω = Angular frequency of the signal (Measured in radians)

φ = Phase angle of the signal (Measured in radians)

The tendency of this signal is to repeat itself after certain period of time, thus is called periodic signal. The time period of signal is given as;

The diagrammatic view of sinusoidal signal is shown below. 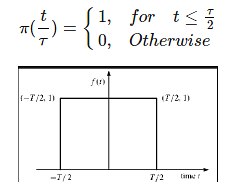 Being symmetrical about Y-axis, this signal is termed as even signal.

Any signal, which satisfies the following condition, is known as triangular signal. 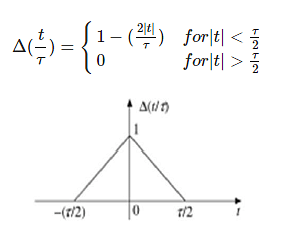 This signal is symmetrical about Y-axis. Hence, it is also termed as even signal.

It is denoted as δ(n) in discrete time domain and can be defined as; 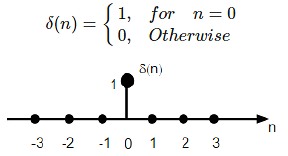 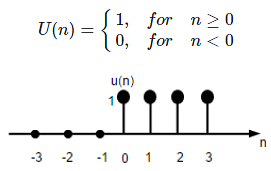 The figure above shows the graphical representation of a discrete step function.

A discrete unit ramp function can be defined as − 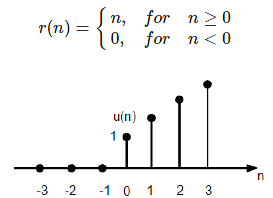 The figure given above shows the graphical representation of a discrete ramp signal.

Discrete unit parabolic function is denoted as p(n) and can be defined as;

In terms of unit step function it can be written as; 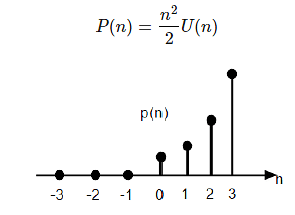 The figure given above shows the graphical representation of a parabolic sequence.

All continuous-time signals are periodic. The discrete-time sinusoidal sequences may or may not be periodic. They depend on the value of ω. For a discrete time signal to be periodic, the angular frequency ω must be a rational multiple of 2π. 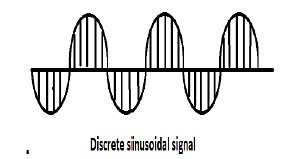 A discrete sinusoidal signal is shown in the figure above.

Here A,ω and φ have their usual meaning and n is the integer. Time period of the discrete sinusoidal signal is given by −

Where, N and m are integers.