The model of a computer can be described by four basic units in high-level abstraction. These basic units are: 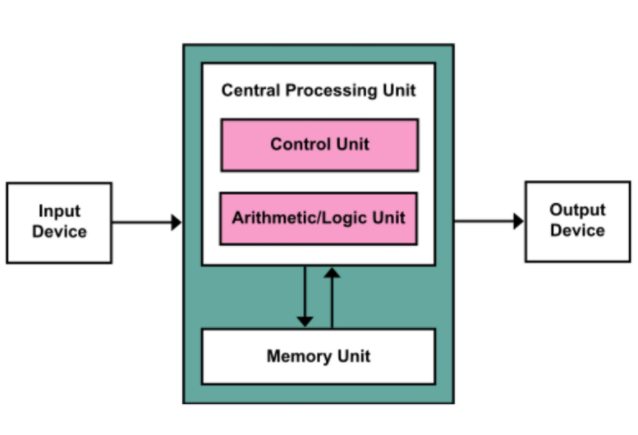 With the help of input unit data from outside can be supplied to the computer. Program or data is read into main storage from input device or secondary storage under the control of CPU input instruction.

With the help of output unit computer results can be provided to the user or it can be stored in stograge device permanently for future use. Output data from main storage go to output device under the control of CPU output instructions.

Memory unit is used to store the data and program. CPU can work with the information stored in memory unit. This memory unit is termed as primary memory or main memory module. These are basically semi conductor memories.

There is another kind of storage device, apart from primary or main memory, which is known as secondary memory. Secondary memories are non volatile memory and it is used for permanent storage of data and program.