The document Basic properties Physics Notes | EduRev is a part of the Physics Course Basic Physics for IIT JAM.
All you need of Physics at this link: Physics

Electric Charge is nothing but the amount of energy or electrons that pass from one body to another by different modes like conduction, induction or other specific methods. This is a basic electric charge definition. There are two types of electric charges. They are positive charges and negative charges.Charges are present in almost every type of body. All those bodies having no charges are the neutrally charged ones. We denote a charge y the symbol ‘q’ and its standard unit is Coulomb. Mathematically, we can say that a charge is the number of electrons multiplied by the charge on 1 electron. Symbolically, it is

This means that while protons repel protons, they attract electrons. The nature of charges is responsible for the forces acting on them and coordinating the direction of the flow of them. The charge on electron and proton is the same in magnitude which is 1.6 × 10-19 C. The difference is only the sign that we use to denote them, + and -.

Let us now look at these properties in greater detail.

Charges are Additive in Nature 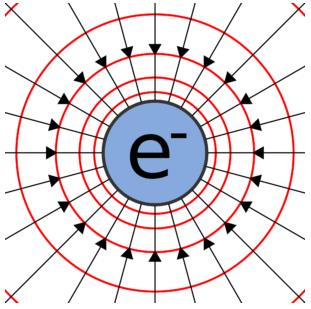 Charge is a Conserved Quantity

This implies that charge can neither be created nor be destroyed but can be transferred from one body to another by certain methods like conduction and induction. Does this remind you of the law of conservation of mass? As charging involves rubbing two bodies, it is actually a transfer of electrons from one body to another.For example, if 5 C is the total charge of the system, then we can redistribute it as  1C, 2C, and 2C or in any other possible permutation. For example, sometimes a neutrino decays to give one electron and one proton by default in nature. The net charge of the system will be zero as electrons and protons are of the same magnitude and opposite signs.

This signifies the fact that charge is a quantized quantity and we can express it as integral multiples of the basic unit of charge (e – charge on one electron). Suppose charge on a body is q, then we can write it as

where n is an integer and not fraction or irrational number, like ‘n’ can be any positive or negative integer like 1, 2, 3, -5, etc. The basic unit of charge is the charge that an electron or proton carries. By convention, we take charge of the electron as negative and denote it as “-e” and charge on a proton is simply “e”.English experimentalist Faraday was the first to propose the quantization of charge principle. He did this when he put forward his experimental laws of electrolysis. Millikan in 1912, finally demonstrated and proved this principle.1 A Coulomb of charge contains around 6 × 1018 electrons. Particles don’t have a high magnitude of charge and we use micro coulombs or milli coulombs in order to express charge of a particle.

Solved Example For You