Given a graph and a source vertex src in graph, find shortest paths from src to all vertices in the given graph. The graph may contain negative weight edges.We have discussed Dijkstra’s algorithm for this problem. Dijkstra’s algorithm is a Greedy algorithm and time complexity is O(VLogV) (with the use of Fibonacci heap). Dijkstra doesn’t work for Graphs with negative weight edges, Bellman-Ford works for such graphs. Bellman-Ford is also simpler than Dijkstra and suites well for distributed systems. But time complexity of Bellman-Ford is O(VE), which is more than Dijkstra.

Example:Let us understand the algorithm with following example graph. The images are taken from this source.Let the given source vertex be 0. Initialize all distances as infinite, except the distance to the source itself. Total number of vertices in the graph is 5, so all edges must be processed 4 times. 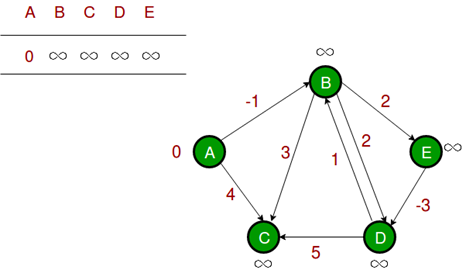 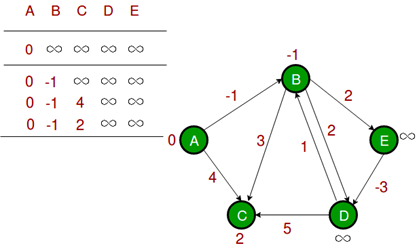 The first iteration guarantees to give all shortest paths which are at most 1 edge long. We get the following distances when all edges are processed second time (The last row shows final values). 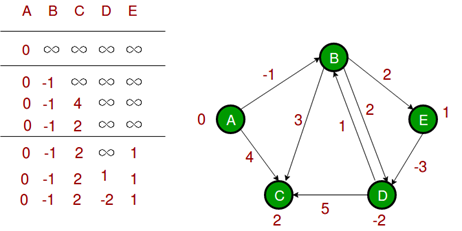 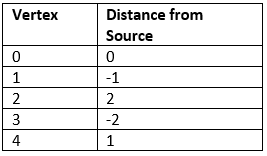