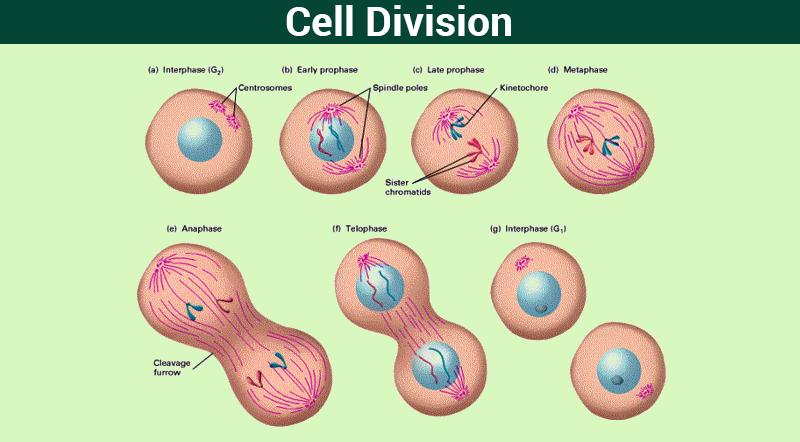 These newly formed daughter cells could themselves divide and grow, giving rise to a new cell population that is formed by the division and growth of a single parental cell and its descendant.

In other words, cycles of growth and division allow a single cell to form a structure consisting of millions of cells.

There are two distinct types of cell division out of which the first one is vegetative division, wherein each daughter cell duplicates the parent cell called mitosis. The second one is meiosis, which divides into four haploid daughter cells. 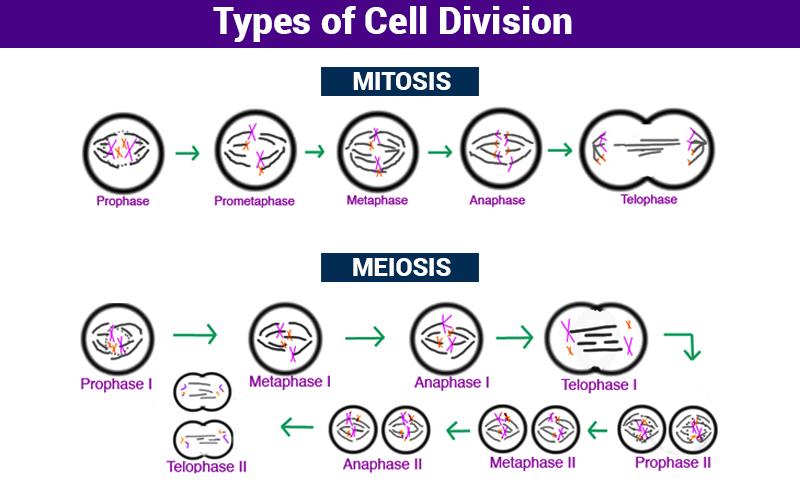 Mitosis: The process cells use to make exact replicas of themselves. Mitosis is observed in almost all the body’s cells, including eyes, skin, hair, and muscle cells.

Meiosis: In this type of cell division, sperm or egg cells are produced instead of identical daughter cells as in mitosis.

Binary Fission: Single-celled organisms like bacteria replicate themselves for reproduction.

There are two primary phases in the cell cycle:

There are four stages in the M Phase, namely: