What is the Voice of a Verb?

Types of Voices of Verb 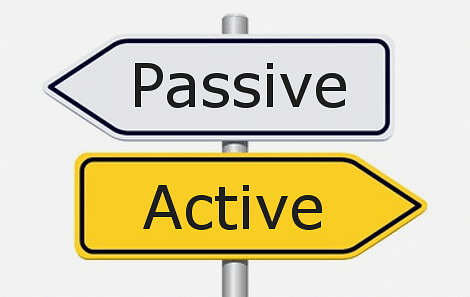 Passive: The food is cooked by her. (Object) + (auxiliary verb) + (past participle) + (by subject)

Try yourself:Convert the following sentence in active voice to passive voice:
He is writing the book.
Explanation

The correct statement is: The book is being written by him. The passive of continuous tenses requires the present continuous form of “to be”. And the verb ‘writing’ needs to be converted to its past participle form, that is, ‘written’.

Rules for Active-Passive voice conversions are:

Rule 1: Identify the (S+V+O) Subject, Verb and object in the active sentence to convert to passive voice Example: He drives a car. (Subject – He, verb – Drives, object – Car)Rule 2: Interchange the object and subject with each other, i.e. object of the active sentence become the subject of the passive sentence.Example: Active Voice: She knits a sweater. (Subject – She, Verb – Knits, Object – Sweater)Passive Voice: A sweater is knitted by her. (Object sweater is interchanged with the subject She).Rule 3: In passive voice sometimes the subject is not used, i.e. the subject in passive voice can be omitted if the sentence without it gives enough meaning.Example: Milk is sold in litres.

Rule 6: Use the suitable helping or auxiliary verb (is/am/are/was, etc.). The rules for using auxiliary verbs in passive voice sentences are different for each tense.

Examples: (i) The letter is written by her(ii) A book was not bought by her(iii) Chocolates are being eaten by them.

Forms of Active And Passive Voice For All Tenses

If the given sentence in the active voice is imperative, to get the passive voice use ‘Let’. Hence Passive Voice = Let + Object + be + Past Participle 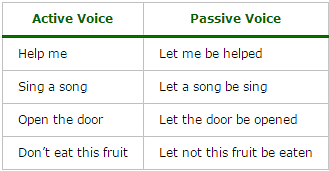 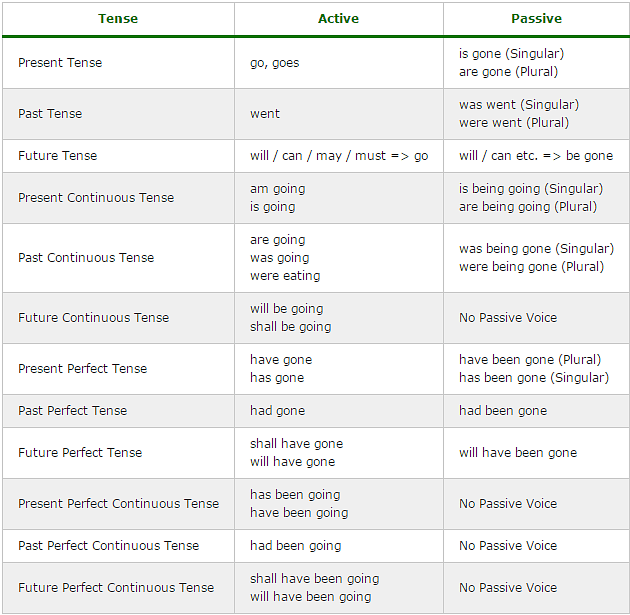