Manufacturing process can be termed as positive, negative and or zero processes.

This grouping is based on the way bulk materials processed for final product.

Why Many Manufacturing Processes?

A wide range of manufacturing processes have been developed in order to produce the engineering component of:Different Geometries: Simple to Complex.Using materials of different:

Which Process to Use?

Selection of manufacturing process is decided by:

Question for Metal Casting - 1
Try yourself:Considering the shrinkage allowance, the amount of pattern, when compared to casting is?
Explanation

Shrinkage allowance is a correction for solidification shrinkage of metal and its contraction during cooling. It is larger than the casting to provide space for total contraction.

Provided to make clearance between pattern and mould walls. Depends on the skill of operator and it is negative in nature. 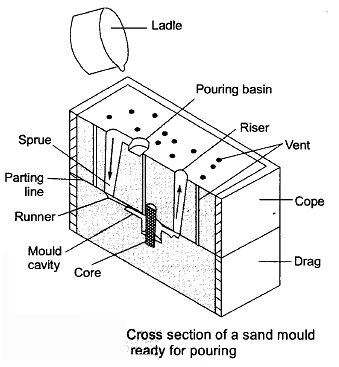 Continuity: The law of mass continuity states that for the incompressible liquids and in a system with impermeable walls, the rate of flow is constant. Thus,

According to this law, the flow rate must be maintained anywhere in the system.

where the subscript 1 denotes the top of the sprue and 2 denotes the bottom moving downward from the top, the cross-sectional area of the sprue must decrease. Depending on the assumptions made, above equation can also be obtained.

Patterns are used to mold the sand mixture into the shape of the casting. This may be made of wood, plastic or metal. The selection of a patterns depends on the size and shape of the casting, the dimensional accuracy, the quantity of casting required and the molding process.

Properties of Moulding SandThe traditional method of casting metals is in sand moulds and had been used for millennia. Simply stated, sand casting consists of:

(a) Placing a pattern (having the shape of the desired casting) in sand to make an imprint.

(b) Incorporating a gating system.

(d) Allowing the metal to cool until it solidifies.

The production steps for a typical sand-casting operation are shown below:

Question for Metal Casting - 1
Try yourself:The property by virtue of which sand mould is capable of withstanding a high temperature of the molten metal without fusing is known as:
Explanation 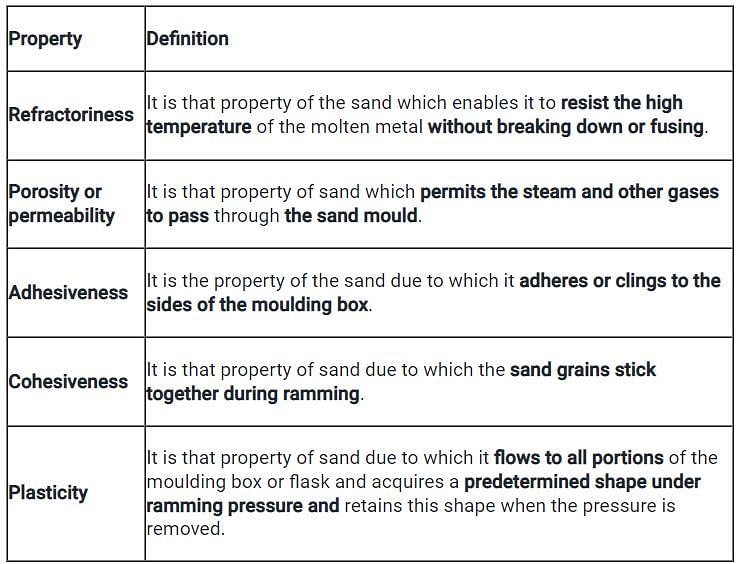 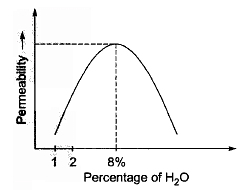 By adding water upto 8%, the permeability value will be increase and beyond 8% if H2O is increased its permeability will start decreasing. 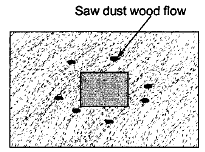 Example: 2000 C.C of air is passing through a standard cylinder specimen for 1.5 min. The manometer indicates pressure as 5 gm/cm2, what is the permeability number?

Bench MouldingIf moulding is taking place on a bench or a platform that is called bench moulding.

It is used to produce small size moulds only.

Floor MouldingIf moulding is taking place on the floor, it is known as floor moulding. It is used to

Pit MouldingMould is prepare inside a pit. It is use to produce large size mould. The moulding sand which is available in the pit is acts as drag box.

A moulding machine could be defined as a device consisting of several inter-related parts whose function is to transmit and modify various forces and motion so as to aid in the making of a sand mould.

The term gate is defined as one of the channels which actually leads in the mould cavity, and the term gating or gating system refers to all channel by means of which molten metal is delivered to the mould cavity.

Functions Of A Gating System

The functions of a gating system are : 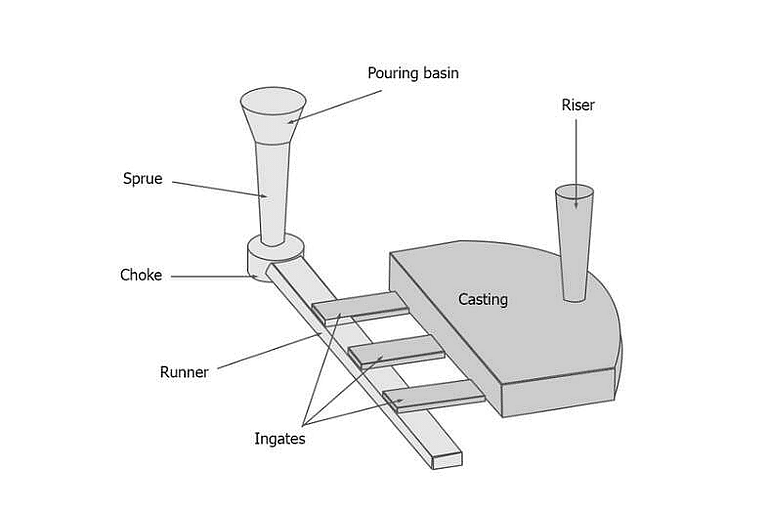 A gating system is usually made up of: 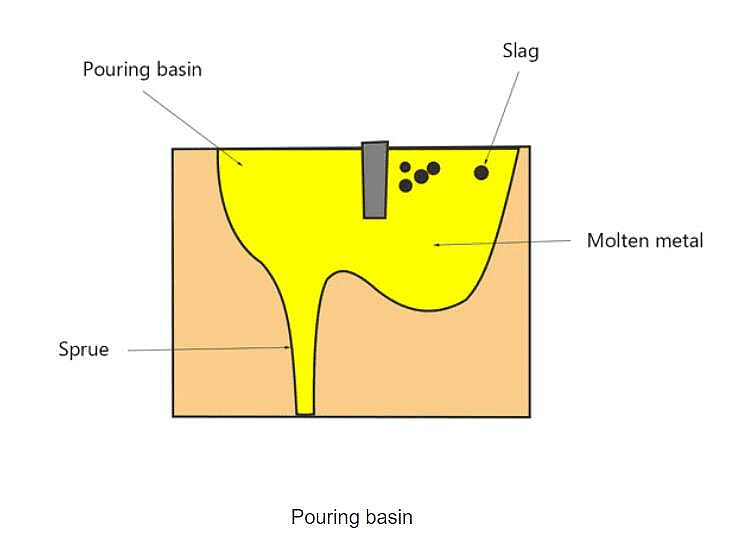 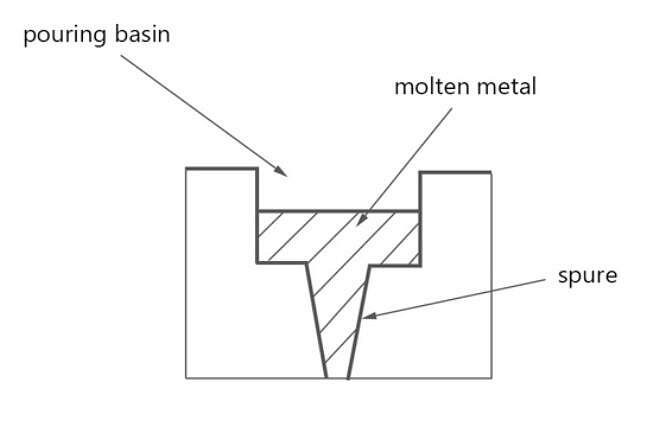 According to their position in the mould cavity, gating may be broadly classified as:(a) Top Gating or Vertical Gate

Different types of gating systems in casting process are:

Accordingly, there are two types of gating systems in casting process:

(ii) Non-pressurised, or free flowing like a sewer system.