What is an Electromagnetic System? 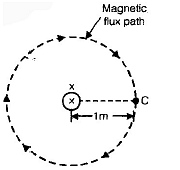 Opposition offered by the magnetic circuit to magnetic flux is called reluctance.

The unit of magnetic flux is Weber(Wb).

Faraday's law of electromagnetic induction states that an emf is induced in a coil when the magnetic flux linking this coil changes with time.

Wheree = emf induced, voltsN = number of turns in the coil