(i) Throttling expansion of liquid with flashing

(iii) Irreversible adiabatic expansion of real gasIn contrast to the reversible expansion, an irreversible expansion is not performed continuously at equilibrium by means of infinitesimal changes in pressure. In the limiting case, the value of the pressure p abruptly changes from p1 and p2. The following expansion proceeds in one step against a constant pressure p2. Hence, 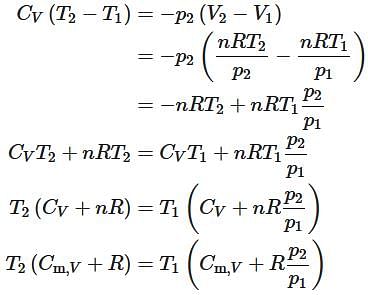 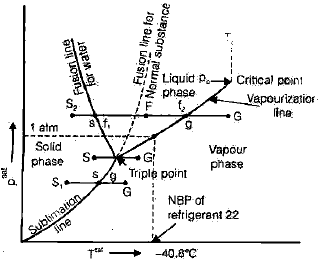 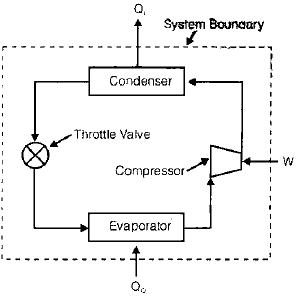 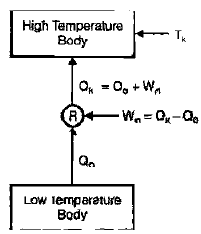 where, W is power consumption (KW)

VAPOUR AS REFRIGERANT IN A REVERSED CARNOT CYCLE 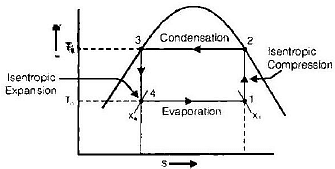 For per Unit Mass of Vapour 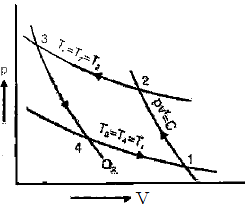 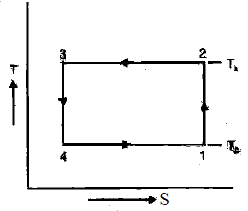 The net work done can be calculated by the area enclosed in 1-2-3-4.Draw back of using Air as Refrigerant in Reversed Carnot Cycle

Draw Back of Using Vapour as Refrigerant in Reversed Carnot Cycle

1. Liquid refrigerant may be trapped in heat of cylinder and damage the compressor valves.

2. Liquid droplets may wash away the lubricating oil from the walls of compressor cylinder.

3. Expander is costly and the work gained in expander is not significant.