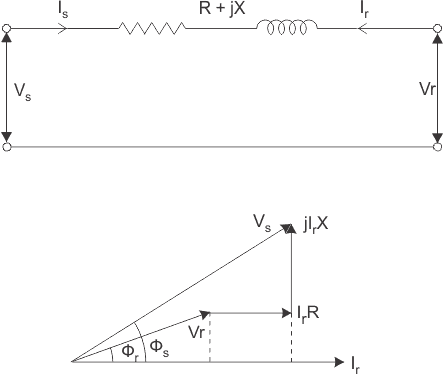 Where fr is the phase angle at receiving end.

The ratio of power at the receiving end to the power at the sending end is known as efficiency of the transmission line.

This is known as transfer admittance.

where P is the power received at the receiving end and R is the resistance per phase of the line. 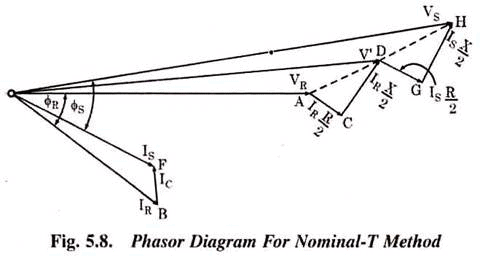 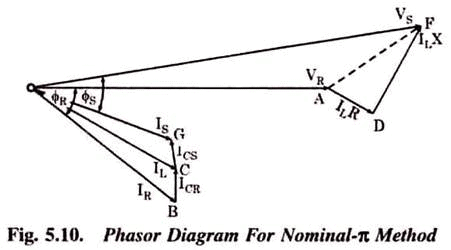 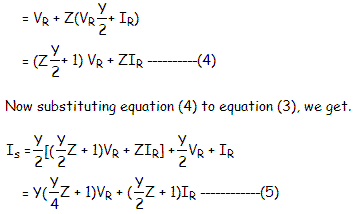 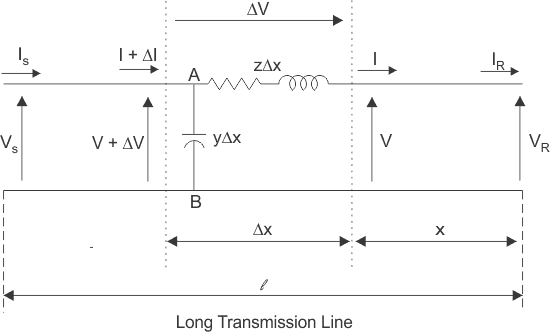 Where, Z = z l and Y = y l are the values of total impedance and admittance of the long transmission line.

Therefore, the voltage drop across the infinitely small element Δx is given by

Now to determine the current ΔI, we apply KCL to node A.

Since the term ΔV yΔx is the product of 2 infinitely small values, we can ignore it for the sake of easier calculation.Therefore, we can write

The solution of the above second order differential equation is given by.

Now applying another extreme condition at x = l, we have V = VS and I = IS.

By trigonometric and exponential operators we know

Thus compared with the general circuit parameters equation, we get the ABCD parameters of a long transmission line as,

FERRANTI-EFFECTWhen a long line is operating under no load or light load condition, the receiving end voltage is greater than the sending end voltage. This is known as Ferranti-effect.Remember:

The total power is three times the power per phase.

the transmission line has very small resistance as compared to inductive reactance.