STEAM CYCLES• A steam power plant continuously converts the energy stored in fossile fuels into shaft work and ultimately into electricity. The working substance is water which is some times in the liquid phase and sometimes in the vapour phase.• The fluid is undergoing a cyclic process, there will be no net change in its internal energy over the cycle (ΔdE = 0) and consequently the net energy transferred to the unit mass of the fluid as heat during the cycle must equal the net energy transfer as work from the fluid. 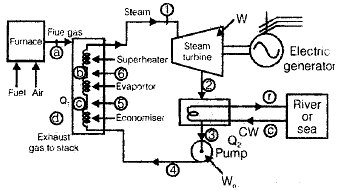 The pump work is small compared to the turbine work and is often neglected. 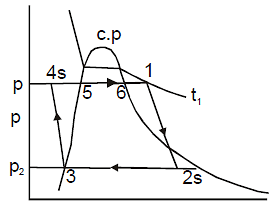 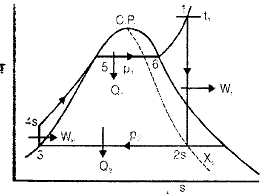 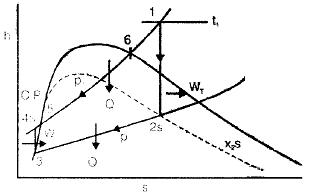 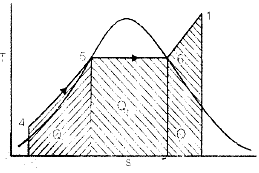 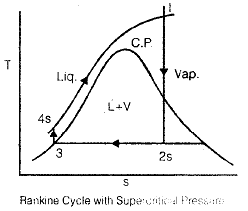 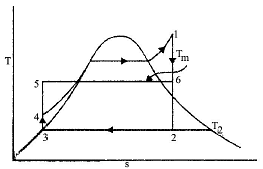 Effect of Superheat(a) Mean temperature of heat addition is increased, hence efficiency is increased.(b) The quality of steam at turbine exhaust is increased as the expansion line shifts to right. Hence performance of turbine is improved. 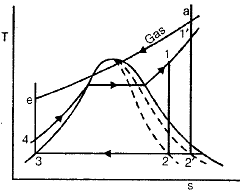 The maximum temperature of steam that can be used is fixed from metallurgical considerations. 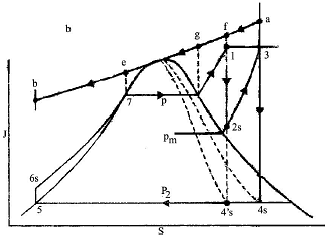 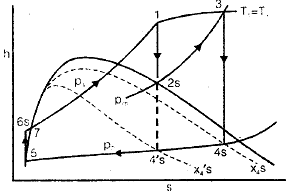 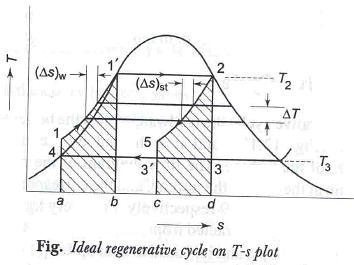 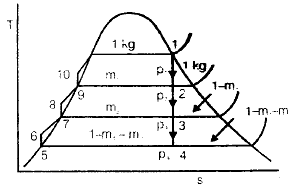 -It significantly increases the cycle efficiency and reduces the heat rate.

-It reduces the steam flow to the condenser (needing smaller condenser)

-If there is no change of boiler output, the turbine output drops. 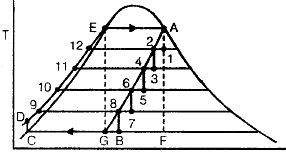 Regenerative feed water heating by turbine extraction is, therefore, also termed as the carnotization of the Rankine cycle. A regenerative feed heating cycle with an in finite number of feedwater heaters has thus an efficiency equal to that of carnot cycle. 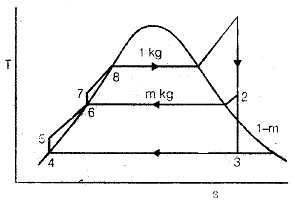 Maximum efficiency is obtained in regeneration, when the total enthalpy rise of feed water from condenser temperature to boiler temperature is equally distributed in feedwater heaters and economizers. 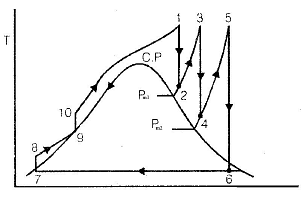 Efficiencies in a Steam Power Plant

Ws = is the steam generation rate.The cycle efficiency is given by