Begin with “I” by Rohit Sethi

This is a short story about a guy called Ron. Ron is 30 years old and has done a fairly good job at convincing himself all these years, especially the last few years that he has spent working in a corporate job, that he is an ‘average’ guy. Now, since Ron himself is so convinced of it, I don’t think the world can do much about it, so let me start by introducing Ron as a 30-yearold average guy.

Like most of us, Ron went to college so he could make a decent living. He wakes up in the morning, gets ready and joins two of his colleagues living close by, in a car pool to reach office. Ron lives the typical week-in week-out life of a professional, eagerly waiting for weekends, most of which are spent catching up on rest and hanging out with friends. The latter is more applicable in the case of single people, and since Ron is single, this is how he ends up spending most of his time.
It has been six years since Ron has completed his MBA. He loves to spend time on social networks like most people of this generation. However, sometimes his mind gets totally hijacked. He feels like he is doing ‘not-sowell’ in his own life when he sees what his batchmates have been up to all these years. Some seem to have progressed really fast in their jobs and are handling fairly senior roles. A couple of them who started their own companies are now featuring on national television and raising millions of dollars in foreign investment. Some others, who were clear on their priority to build a family, got married early and now look quite happy with their kids growing up fast and strong. Some others seem to have begun devoting time to more standard activities such as running, blogging, painting, cooking,

photography, dancing, and traveling to get their creative releases that the typical corporate jobs do not fully allow. Oh yes, add bungee jumping and skydiving to the list as well!
Absorbing all this information from the social networks, Ron’s mind tends to quickly construct a guy who has done all of these things – someone who is progressing fast in his career, runs marathons, vacations abroad, invests his money wisely in building assets and has a happy family life. Comparing himself to this fictitious guy – and since our minds cannot tell the difference between a real experience and a vividly imagined one – Ron feels significantly left behind in the past six years out of campus. He cannot stop his mind from extrapolating this difference over next twenty years and gets totally freaked out. By playing this game, Ron’s mind almost always succeeds in putting him into instant depression. 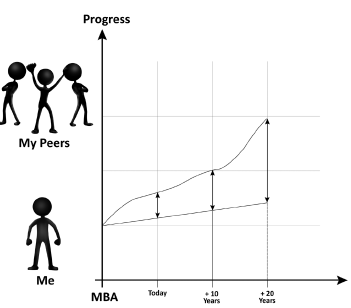 Figure 2: Being left way behind in twenty years!

This feeling has started to bother Ron more and more recently, however, he does not really know how to come out of it. Not having a clear passion and not sure what would be the best use of his time, Ron ends up spending most of his time with his friends who are also in similar situations. All their discussions focus on how they have already been left behind. Ron realizes that having the same discussions over and over with the same people would not bring any results. But, at least he feels understood and feels a strong sense of connection when he shares his troubles with people in similar situations.
Although Ron lives a fairly comfortable life, he feels that something is missing from the entire scheme of things in his life. It is almost as if his expectations out of life, say, ten years ago did not get fulfilled. He feels ‘stuck’, as though he is still struggling to accept if that is all life had to offer, after all the hard work he put in all these years to establish himself.

He has many questions in mind about his career, the absence of a clear passion, the absence of a perfect life partner and the overall direction in which his life is headed. He realizes from people though that having a married life, especially kids, creates a lot of meaning and purpose in peoples’ lives. He is hopeful that his life might also get a purpose once he finds the ‘right’ person. He questions himself a lot, discusses these topics on-and-off with people around him but somehow has still not reached any conclusions. On any given day, he can experience a full range of conflicting emotions about himself and his life: sure and unsure, secure and insecure, excited and bored, loved and lonely, fulfilled and empty, impactful and meaningless, all within a duration of just a couple of hours. Ron is fine with his job, especially since it pays his bills. At the same time, he is a bit unhappy as he feels that he can do more than his job allows him to. He also does not clearly see how far his job can take him. However, he is not too unhappy with it that he will make a change, so continues to live in that in-between zone, more commonly known as the ‘comfort zone’. He understands that it is difficult to create anything of extraordinary significance from this zone, however, he is too reluctant to let go of it. Or putting it in other words, between ‘fear of uncertainty’ and ‘boredom and meaninglessness’, he has decided to choose the latter, and well, it seems to be the more commonly adopted choice in general by everyone around him.

Ron’s health is fine. He goes for brisk walks and the occasional swim whenever he can find time. Health has not been an area that he has consciously focused on so far, but he is increasingly beginning to realize the need to start. This push comes from a combined pressure of feeling the impact of ageing within his own body and the fact that some of his peers are running full marathons – needless to say they publish those pictures on social networks.
Ron’s financial situation seems fine too. He is able to afford the necessities while saving money for his future. He bought a house last year, where he currently lives and pays regular mortgage payments.
So what areas of Ron’s life did we not talk about? We covered the Physical (Health), Intellectual (Work), Social (Relationships), and Financial (Money). Oh yes! We missed Spiritual (Soul), kind of an important one!

Spiritually, Ron always had a strong sense of faith. However, over last few years, he has started to feel lost, trying to find his place in the world. His overall guiding philosophy of ‘do good from your side and life will take care of your results’ that used to work well till his education, seems to have stopped working. To summarize, we can say that in an uncertain world, his faith does not provide him with an absolute sense of certainty anymore. Offer running on EduRev: Apply code STAYHOME200 to get INR 200 off on our premium plan EduRev Infinity!
Download EduRev app here for Self Help Learning preparation.

Begin with “I” by Rohit Sethi