The document Chapter 1 - The Summer of the Beautiful White Horse, Summary, Class 11, English | EduRev Notes is a part of the Class 11 Course English Snapshot Class 11.
All you need of Class 11 at this link: Class 11

The Summer of the Beautiful White Horse Summary

This is a story of two tribal Armenian boys who belonged to the Garoghlanian tribe. For their family, even at times of extreme poverty nothing could match the importance of honesty. They never did anything wrong and never lied or never even stole anything. The story talks about an incident that revolves around two cousins Aram who is nine years old and Mourad who is thirteen. The world, for Aram, at that time, seemed to be a delightful and extremely joyous yet mysterious dream. People believed in every imaginable kind of magnificence. Mourad was considered to be crazy by everybody he knew. 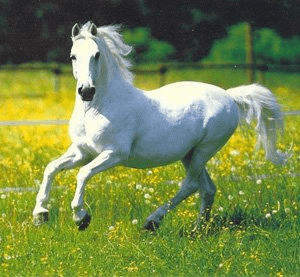 The story opens with Mourad coming to Aram's house at four in the morning one fine day. He tapped on the window to Aram's room. When Aram looked out of the window, he was taken aback and startled to see Mourad riding a beautiful white horse. In fact, he was so dazed that Mourad had to say “Yes, it's a horse. You are not dreaming.” All this was too unbelievable because Aram knew that they were too poor to be able to afford to buy a horse. The only way Mourad could possess it could be by stealing. They were too honest to lie and yet too crazy to ride a horse.

Thus, they kept the horse for two weeks, enjoying its ride in cool air and singing to their heart's content on the country roads. They hid it from the rest of the world by keeping it in a barn of the deserted vineyard. Meanwhile, Aram came to know that the horse was stolen from John Byro. They planned not to return it to him so soon although it pricked their conscience to steal, which was completely their ethics and tribal norms.

One fine day they came across John, the farmer. Such was the boys' family famous for their honesty that the thought of his horse being stolen by the boys never crossed John's mind. He was just amazed at the resemblance and said: “I would swear it is my horse if I did not know your parents.”

This moving experience led the boys towards John's vineyard the very next morning. They left the horse in the barn after patting it affectionately. Later that day, John seemed to be very pleased and shared the news of the return of his horse with Aram's mother. The story teaches us the importance and necessity of honesty even in the face of greed and passion.