The document Chapter - 11 d-BLOCK ELEMENTS & THEIR COMPOUNDS Notes | EduRev is a part of the Class 12 Course Chemistry Class 12.
All you need of Class 12 at this link: Class 12

The general electronic configuration of d-block elements is (n-1) d1-10 ns0-2, where n is the outer most shell.General trends in the chemistry of transition elements.

Metallic character:Nearly all the transition elements display typical metallic properties such as high tensile strength, ductility, malleability, high thermal and electrical conductivity and metallic lustre. With the exceptions of Zn, Cd, Hg and Mn, they have one or more typical metallic structures at normal temperatures.The transition elements (with the exception of Zn, Cd and Hg) are very much hard and have low volatility.

Density:The atomic volumes of the transition elements are low compared with the elements of group 1 and 2. This is because the increased nuclear charge is poorly screened the transition metals are high. Standard electrode potentials: The value of ionisation enthalpies gives information regarding the thermodynamic stability of the transition metal compounds in different oxidation states. Smaller the ionisation enthalpy of the metal, the stable is its compound. The excess of other colours constituting white light are transmitted and the compound appears coloured. The observed colour of a substance is always complementary colour of the colour which is absorbed by the substance.

Catalytic properties: Many transition metals and their compounds act as good catalysts for various reactions. Of these, the use of Fe, Co, Ni, V, Cr, Mn, Pt, etc. are very common.

Alloy Formation : Alloys are hard, have high melting points and are more resistant to corrosion than parent metals. 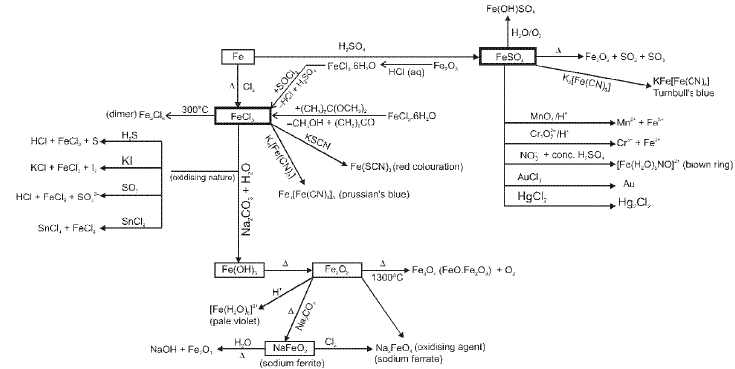 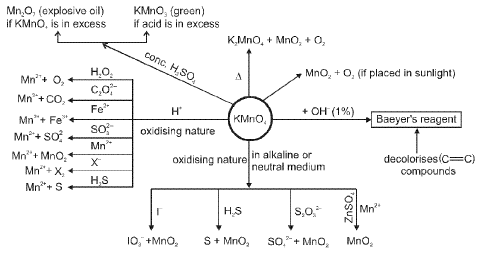