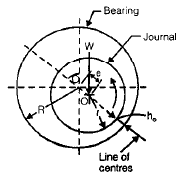 where, N = speed of journall = length of bearing 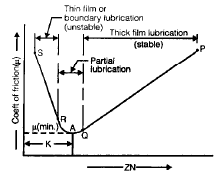 The minimum amount of friction occurs at A and at this point the value of ZN/p is known as bearing modulus, which is denoted by K. 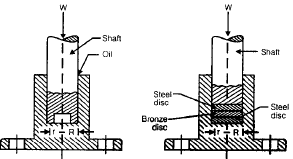