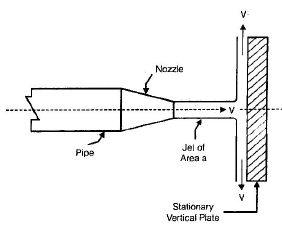 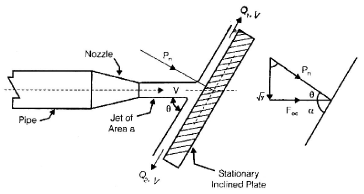 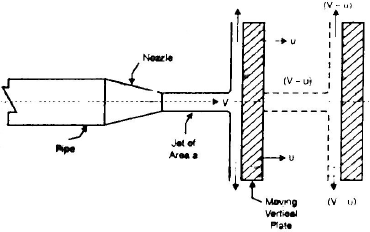 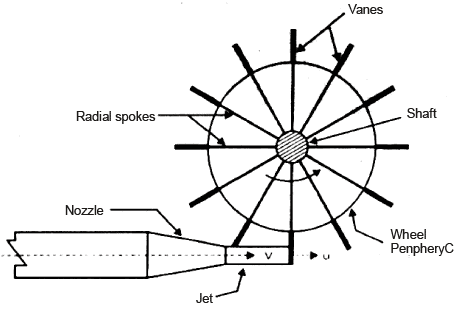 Efficiency of the work done of wheel h = 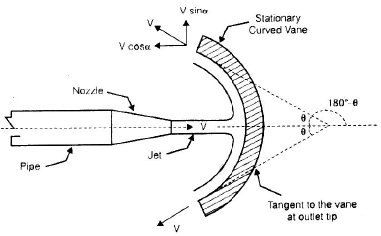 Pn = ρaV2 (1 + cos q)Force exerted by a jet in its direction of flow on a curved vane is always greater than that exerted on a flat plate.Force Exerted By a jet on a Hinged Plate