Introduction to Circuit Elements : Basic elements of networks are resistance, inductance and capacitance

Resistance : In network, the resistance is defined as per ohm's law.

V = R IConstant of proportionality 'R' is termed as resistance.R, depends upon the nature of material and also on its geometry

Capacitance : The physical device that permits storage of charge is a capacitor and its ability to store charge is its capacitance. The reciprocal of capacitance is defined as elastance The charge Q is proportional to the potential difference V, i.e.Q ∝ V

unit of capacitance is farad or coulombs/voit 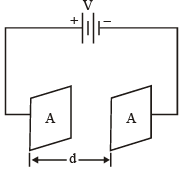 The total energy required to transfer Q coulombs of charge, resulting in a final potential of V volts between the plates is

Example : A parallel plate capacitor of 5pF capacitance has a charge of 0.1 μC on its plates. What is the energy stored in the capacitor? 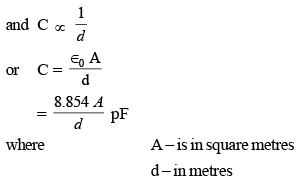 The above equation is for vacuum, for any dielectric medium of dielectric constant ' ∈ ' in SI units.

In each case C will be function of the geometry of the conductors and ∈ .

N → total no. of turns.S → area of cross–section of coil

where I → length of the coil

'L' is called the self inductance of the coil. 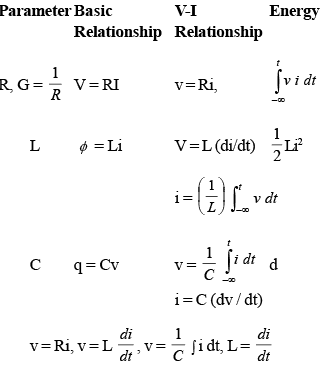 Definitions: Before going into details of discussion of network analysis, it is desirable to introduce certain definitions.

Lumped Network :A network in which we can separate resistors, capacitors and inductors physically.

Active Network : A network containing energy sources together with other circuit elements.Linear Element :

A circuit element is linear if the relation between current and voltage involves a constant coefficient e.g.

Average value : The general periodic function y (t) with period T has an averange value Yav given by

also if A, is the effective value of a cos ωt then

Node Any point in a circuit where the terminals of two or more elements are connected together.

Branch A branch is a part of the circuit which extends from one node to another A branch may contain one element or several elements in series. It has two terminals.

Essential Node If three or more elements are connected together at a node, then that node is sometimes called essential node.

Mesh Any path which contains no other paths within it is called a mesh.

Loop A path which contains more than two meshes is called a loop. Thus a loop contains meshes but a mesh does not contain a loop.

Kirchoff's Voltage Law (KVL) The algebraic sum of all branch voltages around any closed loop of a network is zero at all instants of time.Mathematically ∑v(t ) = 0 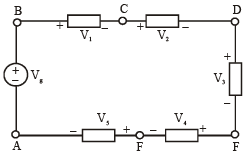 Kirchoff's Current Law (KCL) At any instant of time, the algebraic sum of currents at a node is zero 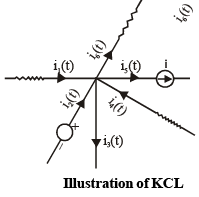 Resistance in parallel and its equivalent

Concept can be extended to 'n' series resistances 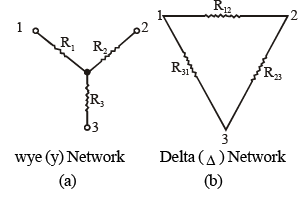 (a) Delta to star (or π to T) Transoformation 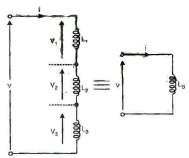 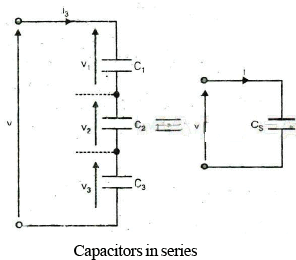 b. current to voltage transformation