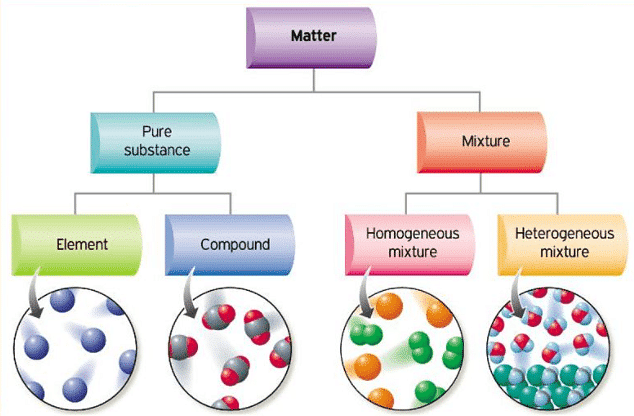 Made up of more than one type of substances that may or may not be separated by physical processes.Types of mixture:

(ii) Mass by volume percentage of a solution

(iii) Decantation: It is used to separate two immiscible liquidsImmiscible Liquids: Liquids that do not dissolve with each other and one forms a clearly visible layer over the other.Examples: Oil and water. 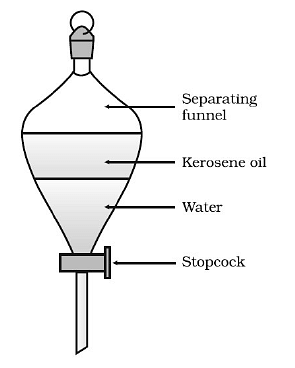 (iv) Sublimation: A process in which a solid such as camphor or ammonium chloride directly converts to gaseous state on heating without becoming liquid is known as sublimation. 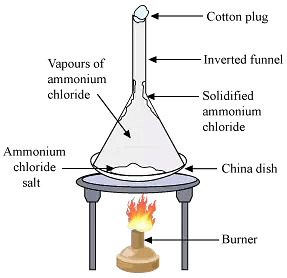 Separation of Ammonium Chloride from a Mixture

(v) Chromatography The process of separation of the components in a mixture such as dye on the basis of their solubility of affinity with the solvent. 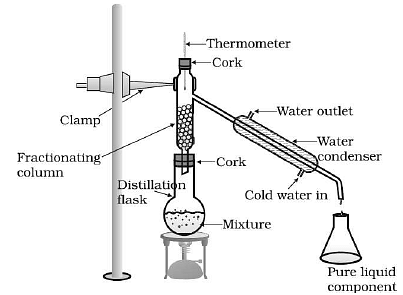 ➢ Separation of gases from Air through fractional distillation

Setup for Fractional Distillation of air to separate various gases

(vii) CrystallizationIt is a process of obtaining pure crystals of a solid from its solution.It is better that evaporation as:

It is better than filtration because:

A form of matter that cannot be broken down into simpler substances.Types of elements: (a) Metals

(b) Non–Metals They are brittle, are not lustrous, malleable, sonorous nor ductile and are poor conductors of heat and electricity.Example: Carbon, Iodine, Oxygen, Nitrogen, Chlorine etc.