VOLTAGE RECULATIONIt is defined as the rise in voltage expressed as a fraction f full load rated voltage, when full load (at specified pf) is removed while keeping input voltage constant. 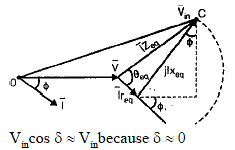 To find voltage regulation at leading pf replace ø by –ø.

Remember:• For leading pf greater than Xpu/Zpu the voltage regulation will be negative.

x = Steinmetz's constant varies from 1.5 to 2.5. it is also depend upon magnetic material

Ohmic loss• Ohmic losses occurs in both the primary and secondary winding resistance.

EFFICIENCY OF TRANSFORMER• The efficiency is may be defined as the ratio of output power to input power.

AUTO TRANSFORMER• A single-phase auto-transformer is a one-winding transformer in which a part of the winding is common to both high voltage and low voltages sides.• It is not electrically isolated. 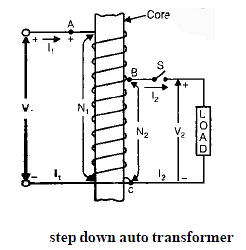 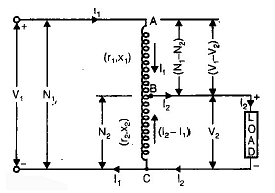 • If applied voltage V1 across AC winding, then the Voltage across winding BC is

Where a = turn ratio.

Comparison of Characteristic of Autotransformers and Two Winding Transformers

Condition for Parallel Operation• Condition for the satisfactory parallel operation of two or more single-phase transformers are as follows.

• This condition ensures that both transformers operate at the same power factor, thus sharing active power and reactive volt-amperes according to their ratings.

Where EA and EB are no-load secondary voltages. 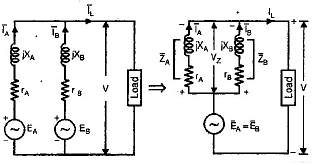 or ZA(pu) = ZB(pu)Where the pu values are on their respective or own base. 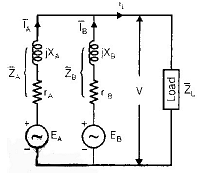 THREE PHASE TRANSFORMER• When three identical units of single-phase transformers are used, the arrangement is commonly called a bank of three transformers or a three- phase transformer bank.• Three phase current in three primaries produce three-phase fluxes mutually time-displaced by 120°. These fluxes flow through their respectiveyokes and then through the central limbs placed together. The resultant flux in the three central limbs must be zero.

Three-phase core-type transformer from three single-phase units• The reluctance offered to the flux of central limb II is less than the reluctance offered to the outer two fluxes produced in legs I and III. Consequently, the exciting current for the phase winding on the central limb is less than it is for the outer two phase windings. Shell Type Transformer• A three- phase shell type transformer is obtained if three single-phase shell type cores are placed side by side. 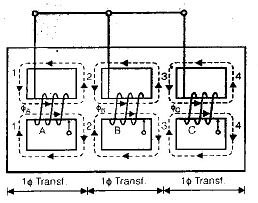 Three-phase shell type transformer with three windings wound in the same direction• In the magnetic circuits marked 2 and 3, the resultant flux is seen to be equal to the phasor difference of the component fluxes. 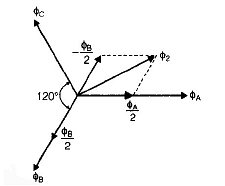 • For the same flux density, the cross-sectional areas at 2 and 3 are 86% of the central core area.

• The transformers should have the same polarity.• In addition to these four conditions, two more essential conditions that must be fulfilled for the parallel operation of three-phase transformers are as follows: 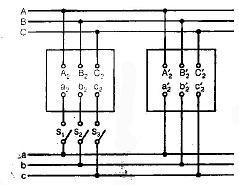 Note:• Transformers for group numbers 3 and 4 can be successfully operated in parallel.• Phase Sequence: An improper phase sequence as shown in figure (b) below, would give zero voltage across switch S1 and line voltages across switch S2 and S3. Consequently the parallel operations is not possible.