Steam Drum: The functions of the drum in a water-tube boiler can then be summerized as follows:

wherem = mass of saturated water flowing through the down riser circuit during a certain time.mg = mass of steam released from the drum during same time.ml = m – mg = mass of liquid (saturated) at the riser exit.TDF = top Dryness fraction i.e. the quality of liquid vap mixture discharged from riser into the drum. 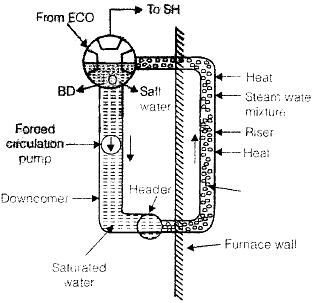 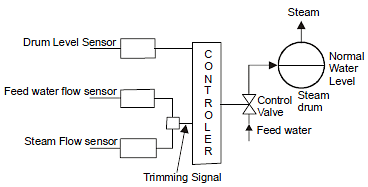 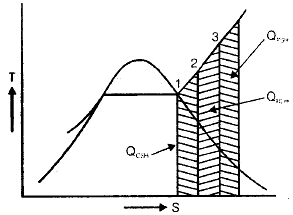 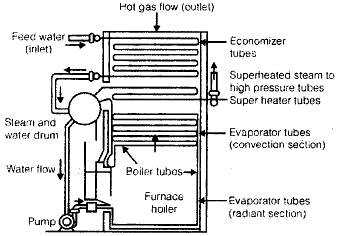 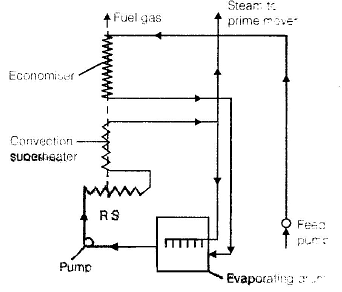