The document Chapter 3 - Laws of Motion JEE Notes | EduRev is a part of JEE category.
All you need of JEE at this link: JEE

A force F is applied on mass m, horizontally. Masses m1 and m2 are in contact. Contact force between m1 and m2 = F' . Contact force is that force with which one body presses the other at the point of contact when the two bodies are placed on a frictionless surface. 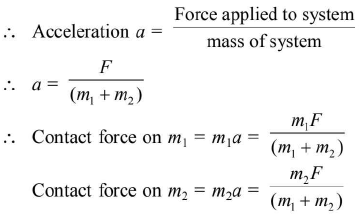 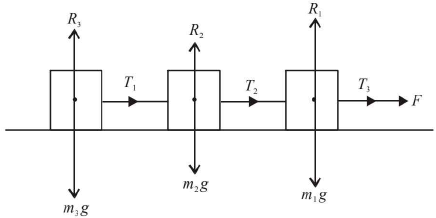 Acceleration in system = a