The amount by which a beam deflects depends upon its cross-section and the bendingmoment. For modern design there are two governing criteria viz. strength and stiffness.• As per the strength criterion, the beam should be strong enough to resist bendingmoment and shear force or in other words beam should be strong enough to resistthe bending stresses and shear stresses. And as per the stiffness criterion of thebeam design, which is equally important, it should be stiff enough to resist the deflectionof the beam or in other words the beam should be stiff enough not to deflect morethan the permissible limit. It means serviceability condition must be satisfied.METHODS FOR SLOPE AND DEFLECTION AT A SECTION1. Double Integration method

In the derivation of flexure formula, the radius of curvature of a beam is given as

Deflection of beams is so small, such that the slope of the elastic curve dy/dx is very small, and squaring this expression the value becomes practically negligible, hence 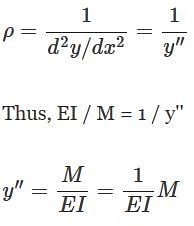 If EI is constant, the equation may be written as:

where x and y are the coordinates shown in the figure of the elastic curve of the beam under load, y is the deflection of the beam at any distance x. E is the modulus of elasticity of the beam, I represent the moment of inertia about the neutral axis, and M represents the bending moment at a distance x from the end of the beam. The product EI is called the flexural rigidity of the beam.2. Macaulay’s method• This is a convenient method for beams subjected to point loading or in generaldiscontinuous loads or beams subjected to couples (concentrated moments).• This method is similar to the double integration method but specialty of thismethod lies in the manner in which the bending moment at any section is expressedand in the manner in which integration is carried out.3. Moment Area Method• This method is suitable for cantilevers and simply supported beams carryingsymmetrical loadings and beams fixed at both ends i.e., those beams for whichthe area and C.G. of area of B.M.D. can be found easily. This means this methodis not suitable for triangular loading and irregular loading. This can also be usedfor non prismatic bars.• This method is suitable for(i) Cantilevers (because slope at the fixed end is zero).(ii) Simply supported beams carrying symmetrical loading (slope at mid span iszero).(iii) Beams fixed at both ends (slope at each end is zero).• Note:In moment area method continuity of slope is assumed so it is not applied wheninternal hinges are present.PROPERTIES OF PLANE AREAS Notation : A = areax, y = distances of centroid CIx, Iy = moments of inertia with respect to the x and y axes respectively.Ixy = moments of inertia with respect to the x and y axesIp = Ix + Iy = polar moment of inertiaIBB = moment of inertia with respect to axis B-B. 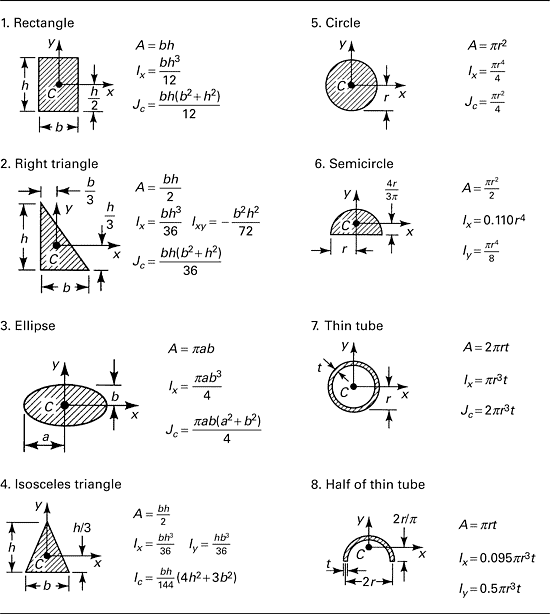 4. Conjugate Beam Method• This method is convenient if flexural rigidity of the beam is not uniform throughoutthe length of the beam. This method is suitable for beams carrying internal hinge.An imaginary beam for which the load diagram is EI,M diagram, of the givenbeam is called the conjugate beam.(i) The slope at any section of the given beam is equal to the S.F. at thecorresponding section of the conjugate beam i.e. SFD of conjugate beam isslope curve of real beam.(ii) The deflection at any section for the given beam is equal to the bending momentat the corresponding section of the conjugate beam. i.e. BMD of conjugatebeam is deflection curve of real beam.• Important points :(i) A stable and statically determinate real beam will have a conjugate beam whichis also stable and statically determinate.(ii) A unstable real beam will have statically indeterminate conjugate beam, hence ifa conjugate beam is found to be statically indeterminate, it is concluded that thereal beam is unstable and further analysis is not appropriate.(iii) Statically indeterminate real beam will have unstable conjugate beam hence itsconjugate load must be such that it maintains equilibrium.5. Method of SuperpositionIt is suitable for cantilevers containing concentrated loads & concentrated moments.This method can also be used for non prismatic bars i.e. varying EI(Flexural rigidity).6. Strain Energy method (Castigliano’s theorem)It is suitable for cantilevers and beams having varying EI or varying depth of beam.This methods is very useful in case of determinate frames and arches. This can alsobe used when internal hinge is provided.7. Unit load method

The unit-load method is a technique that will help us to quantify displacements and rotations of the equilibrium configuration, that is, the shape of the structure after it has managed to equilibrate the applied loads.8. Dummy load methodMethod used to find deflection of truss joints (perfect frames) : STUDENT CORNER(i) Unit load method (Maxwell’s method)(ii) Castigliano’s theorem (Strain energy method)(iii) Graphical method (Williot Mohr diagram)(This method is used for trusses only & cannot be used for beams)STANDARD CASES 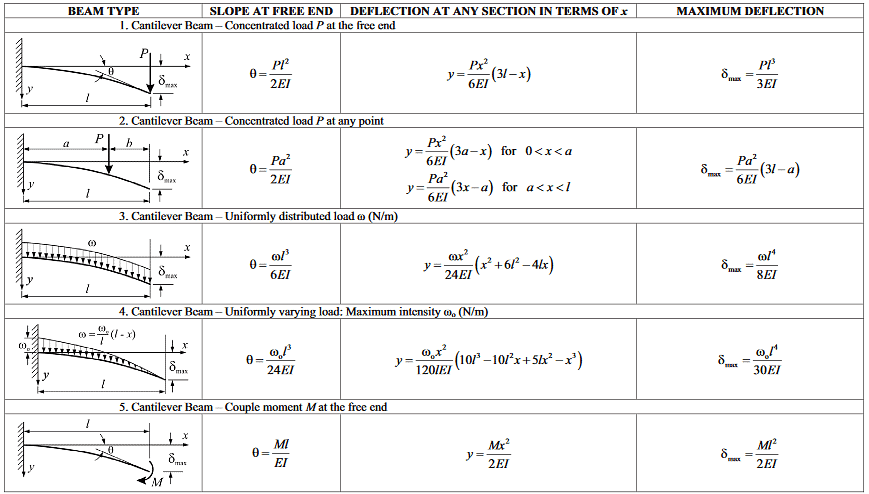 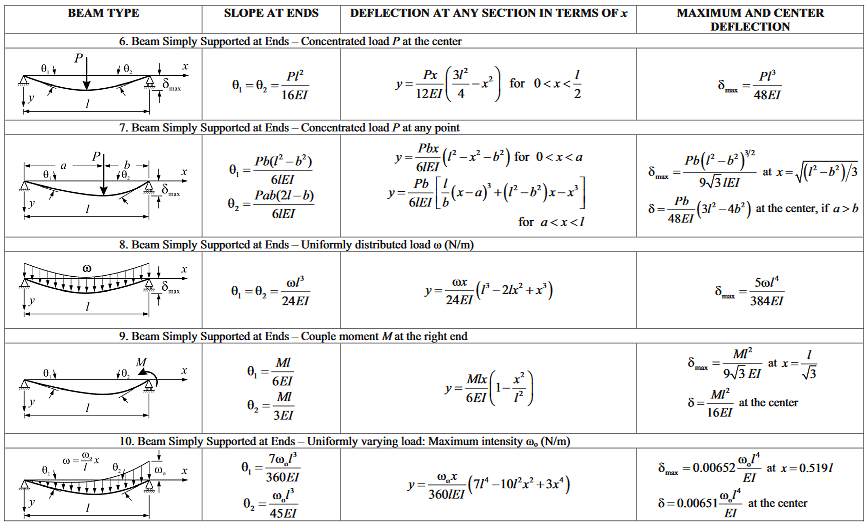