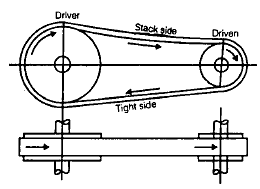 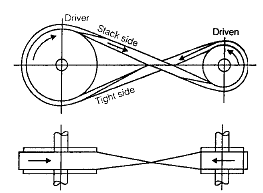 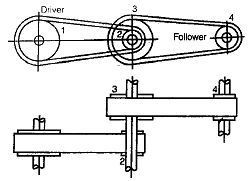 v = speed of belt in meter per minute, u = co-efficient of friction between belt and pulles.

When thickness of belt is considered then

where, t is the thickness of the belt

Let, r1 and r2 = Radii of the larger and smaller pulleysx = Distance between centers of pulleysL = total length of the belt. 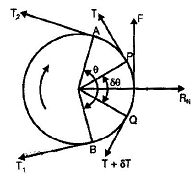 The belt PQ is in equilibrium under the following forces: 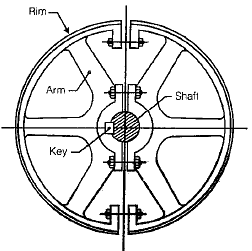 Length of the hub =

Thickness of rim = 5 mm for all sizes

The length of the cantilever is taken equal to the radius of the pulley.Let, T = Torque transmittedR = Radius of pulleyn = Number of arms.Maximum Bending moment

When the width of the pulley exceeds the diameter of the pulley, then two rows of arms are provided. This is done to avoid heavy arms in one row.

But L is not be more than width of pulley (B).