b is peripheral velocity 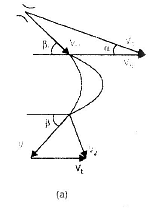 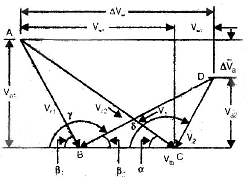 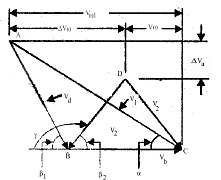 Diagram efficiency is defined as

b is peripheral velocity

Note: The lower is the nozzle angle, higher is the blading efficiency. But, too low angle may cause energy loss at blade inlet.Compounding of SteamTurbines  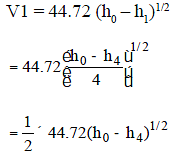 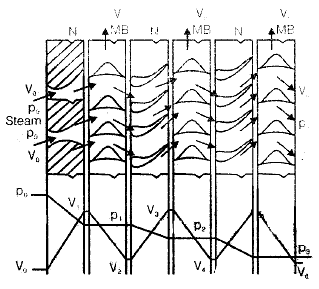 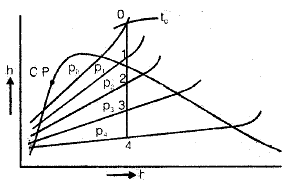 If there are n stage in series in a turbine, the isentropic enthalpy drop per stage will be 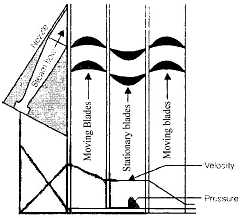 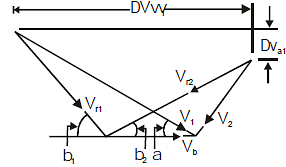 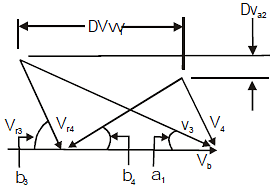 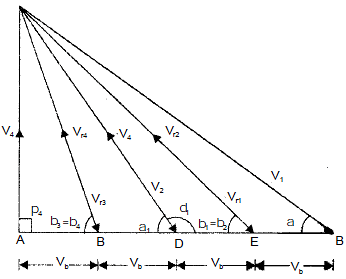 It means that the three-fourth of total work is done by steam jets on the first row of  moving blade and 1/4 of work by second row of moving blade. In 3-row curtis stage WD1 : WD2 : WD2 = 5 : 3 : 1Optimum Velocity ratio for curtis stage 

For curtis stage having z-rows of moving blades

This is applicable when there is no friction and blades are symmetrical. If friction is considered, the blading efficiency of curtis stage would be lower.REACTION  TURBINES

The degree of reaction (R) is defined as 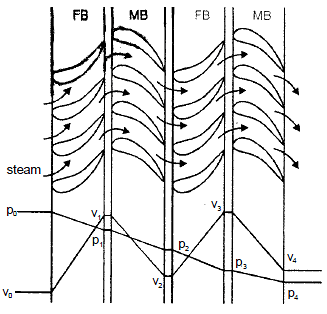 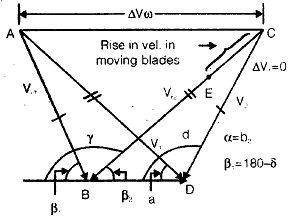 Energy input to blade per kg of steam 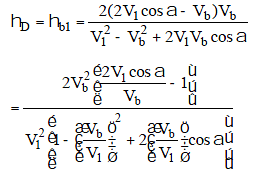 Differenting hD w.r.t. r and equating it to zero gives

Note: The optimum efficiencies for simple impulses, curtis and reaction blading are all equal. When friction is taken into account, the reaction turbine is more efficient.Enthalpy drop in various stages For 50% reaction turbine,

Nozzle or blade height depend on total annular area required to pass the desired flow of fluid. Area available for flow at exitA = OhnWhere, O is width of flow passage at exit hn is nozzle height From figure,P sin a = O + tWhere, P is pitch of nozzle t is nozzle wall thickness