In a flow if fluid properties do not change with time at any given location, the process is steady flow process. 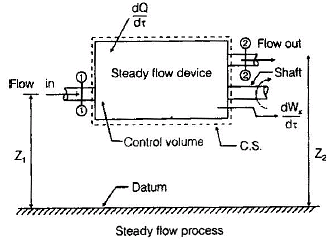 u= internal energy per kg of fluid

a)For one fluid stream SFEE (per unit time) is used.

b)For more than one fluid stream SFEE (per unit mass) is used. 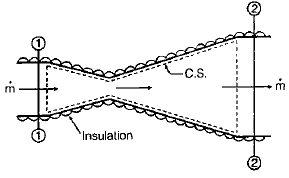 Throttling device is the generic name of any device or process that simply dissipates pressure energy m˙pv by irreversibly converting it into thermal energy. Unlike nozzles and diffusers, throttling devices provide no form of useful energy recovery. 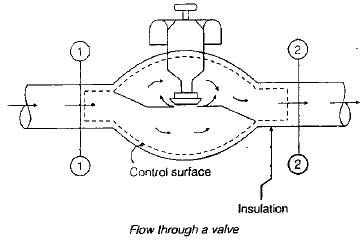 Turbine is the device in which fluid expands. During the expansion work will be done by the fluid to drive, for example, electric generation. In this case, power output occurs.

Compressor is the device which is used to compress the fluid and increase its pressure. That means power input is required.

The change of kinetic energy and potential energy of fluid flowing into and out of turbines and compressors are very small that can usually be neglected:

Turbine and compressors are also regarded as steady-flow engineering device, so the term at the right-hand side equals zero:

Furthermore, mout=min because of conservation of mass.

So now we obtain a simplified expression for turbine and compressor: 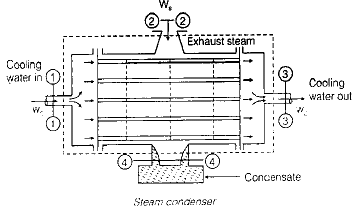