This story describes Gandhi’s struggle for the poor peasants of Champaran. In those days most of arable land in the Champaran district was divided into large estate owned by Englishmen and worked by Indian tenants. 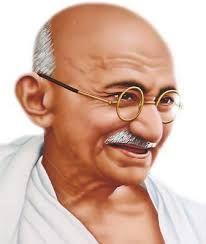 Fig: Mahatma GandhiThe chief commercial crop was Indigo. The landlords compelled all tenants to plant 15% of their Indigo and surrender the entire Indigo harvest as rent. This was done by long term contract. The British didn’t need the Indigo crop any more when Germany had developed synthetic Indigo. Just to release the peasants from the 15% agreement they demanded compensation. Some illiterate peasants agreed but the others refused.

One of the sharecroppers named Raj Kumar Shukla met Gandhi in this regard and compelled him to visit Champaran because of the long term injustice of landlords. Then the two of them boarded a train for the city of Patna in Bihar. From there Shukla led him to the house of a lawyer named Rajendra Prasad. Mahatma Gandhi’s humble and simple attire made the servants mistook him as another poor peasant. He surveyed before taking any vital step in order to get those peasants justice. It was the time when British government punished those who in any condition gave shelter to national leaders or protesters.

Gandhi’s arrival and the nature of his mission spread like a wildfire. Many lawyers and peasant groups came in large numbers to support him. The lawyers accepted the fact that their charges were high and for a poor peasant it will be irksome. Gandhi rebuked them for collecting big fee from the sharecroppers. He stressed on counseling as this would give the peasants enough confidence to fight their fear. He managed to get justice after a yearlong battle for the peasants. He also made arrangements for the education, health, and hygiene for the families of the poor peasants. He gave them the lesson of self-reliance.

1. Raj Kumar Shukla, a poor sharecropper wished to meet Gandhi to complain about the injustice of the landlord system in Champaran. 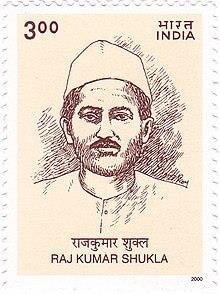 2. Shukla followed Gandhi everywhere and begged him to fix a date to come to his district.

3. Gandhi was much impressed and fixed a schedule.

4. Gandhi and Shukla reached Patna to meet Dr. Rajendra Prasad but he was out of town.

5. Then decided to go to Muzzafarpur first to get detailed information about Champaran sharecroppers.

6. Sent telegram to J B Kriplani and stayed in Prof. Malkani’s home – a government servant.

7. Indians afraid to show sympathy to the supporters of home rule.

8. The news of Gandhi’s arrival spread- sharecroppers gathered in large number to meet their champion.

10. Champaran district was divided into estate owned by English people, Indians were only tenant farmers.

11. Landlords compelled tenants to plant 15% of their land with indigo and surrender their entire harvest as rent.

12. In the meantime Germany had developed synthetic indigo –British landlords freed the Indian farmers from the 15% arrangement but asked them to pay compensation.

14. Gandhi reached Champaran- visited the secretary of the British landlord association to get the facts but denied as he was an outsider.

15. Gandhi went to the British Official Commissioner who asked him to leave Trihut. Gandhi disobeyed, went to Motihari the capital of Champaran where a vast multitude greeted him, continued his investigations.

16. Visited maltreated villagers – stopped by the police superintendent but disobeyed the order.

18. Gandhi agreed to 25% refund by the landowners, it symbolized the surrender of the prestige.

20. Gandhi taught a lesson of self-reliance.

The document Summary and Main Points - Indigo - Notes | Study English Class 12 - Class 12 is a part of the Class 12 Course English Class 12.
All you need of Class 12 at this link: Class 12
Attempt Now
Join Course