Mot of the weight of an atom is concentrated in the nucleus. The radius of a nucleus is of the order of 10–16 m and that of atom is 10–11 m. The masses of the three primary atomic sub particles are :

Radioactive Decay and Half Life 

l is constant of proportionality, called the decay constant, with the dimension s–1By integrating, both sides, we get N = N0e–lqN0 = radioactive atoms present at time q = 0N = Number of radioactive atoms at time qThe rate of decay

is also called activity,,A and has dimension of S–1

The decay rate is often expressed in the form of half-life, q1/2 i.e. time during which one-half of the number of radioactive species decay.

Starting with N0, half of N0 decay after one half-life, one half of the remaining atoms or 1/4 of N0 decay

Starting with N0, half of N0 decay after one half-life, one half of the remaining atoms or 1/4 of N0 decay during the second half life and so on. Half-life of some of the materials are given below: 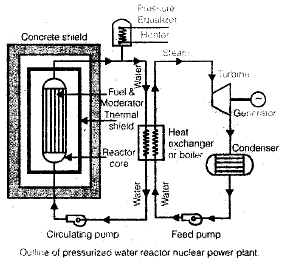 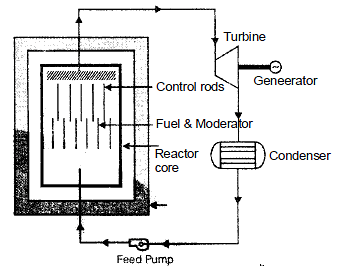 When a neutron is absorbed in the fuel, it produce h neutrons, the numbers depending on the kind of feed. The conversion or breeding ratio C is given as C = h – 1 – LWhere, h = number of neutrons producedL = number of neutrons lost of parasitic capture in reactor coolant etc. and by leakage 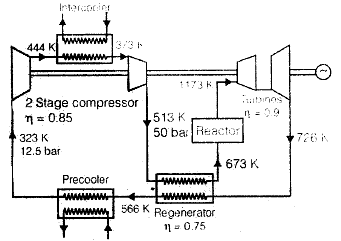 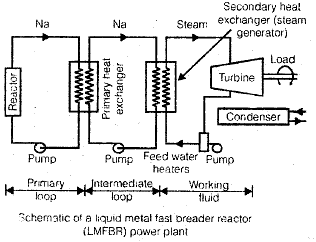 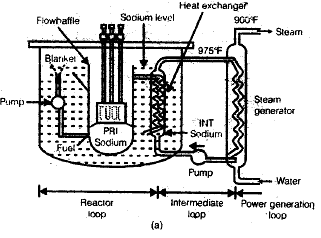 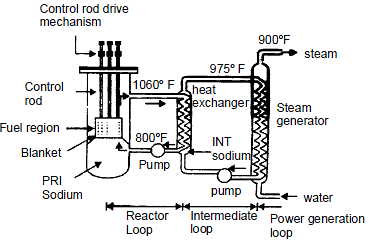